How to connect Google Nest to TV for voice control 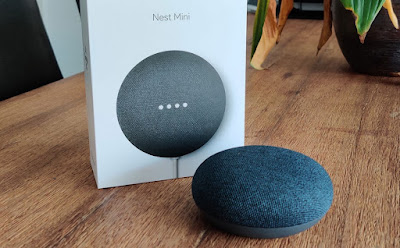 Google Nest speakers can remotely control a lot of home automation devices, including modern Smart TVs. With new generation televisions it is not necessary to buy a smart IR remote control, since the operating systems that move the Smart are integrated with Google Assistant, so you can turn the TV on and off, change channels or change the volume with simple voice commands, which can be launched either from Google Nest or alternatively from the Google Assistant on the phone.

In the guide that follows we will show you how connect Google Nest to your TV for voice control, showing you the procedure that you can use for all modern Smart TVs. If we have a non-smart TV or a TV without Google Assistant support, fear not: we can always control the TV with a smart IR remote control or with the Chromecast.

READ ALSO -> How to connect Alexa to the TV

If we have an LG Smart TV with ThinQ support, we can connect the Google Nest and manage the TV with voice commands using theapp LG ThinQ and, after creating the LG account, go to the configuration on Google Home (the reference app for all Google devices).

To proceed, download the ThinQ app on our phone (available for Android and iPhone), log in with an LG account (or create one on the fly, just a simple email) and, as soon as you get to the app home, add the Smart TV in our possession to the app, taking care to connect the TV to the same modem to which the phone and the Google Nest are connected.


After this important step, let's go to the Google Home app (also available for Android and iPhone / iPad), log in with the same Google account configured on Google Nest and press the top left on the+ icon.

In the new screen we press on the item Configure device, we press on Compatible with Google, we use the upper search button and start the search for the extension LG ThingQ. On the warning window we click on Link and, in the new window that will appear, we enter the credentials of the LG account used just now on the dedicated app. 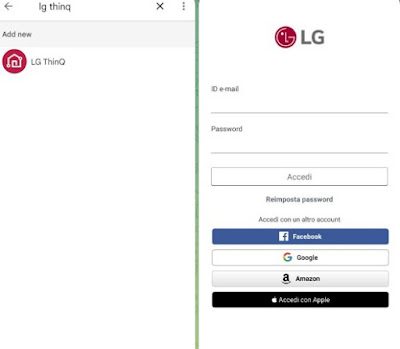 For owners of Samsung Smart TVs the steps are very similar to those seen for LG TVs, with the difference that you need to configure the app SmartThings (available for Android and for iPhone / iPad).

After adding the app to the phone, open it, log in with a Samsung account (or create a new one on the fly) and use the app search system to add the Samsung Smart TV. If we do not see the name of the TV appear, make sure that it is connected to the same modem as the phone, so as to be able to configure the Samsung services.


After the initial configuration on SmartThings, let's go to the Google Home app (for Android and iPhone / iPad), press the + button at the top left, press the item Configure device, Then Compatible with Google and let's rely on the upper search button to search for the extension SmartThings. 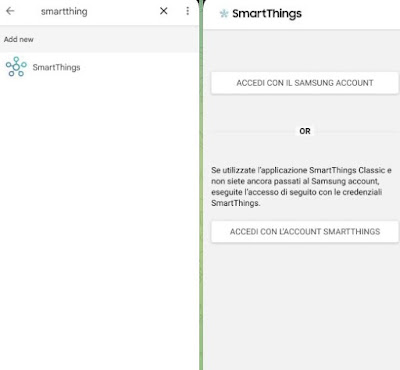 Sony and Philips smart TVs have an advantage in this scenariosince virtually all new TVs adopted Android TV as an operating system and are therefore directly compatible with Google Nest. If we have not yet done so, open the Google Home app (for Android and iPhone / iPad) on our mobile device, press the + button at the top left and this time press on the item New device. 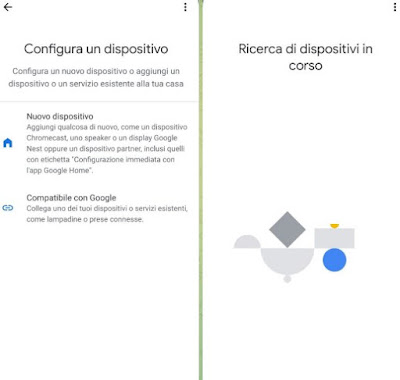 In the window that appears, press on the house to add the device to and we await the search for the Smart TV; as soon as it is visible, let's reward it to integrate it into the home automation system. We can now use Google's voice commands to control most functions, as well as launch favorite apps with a single voice command (like "Hey Google, open Netflix on TV").


This procedure applies to all Android TVs or televisions sold as Google TVs; this procedure cannot be used on TVs equipped with custom Android, since in this case they do not have Google certification (they are very cheap TVs that pretend to be Android TV).

Does our TV natively support voice commands or is it not smart? In this case we can remedy by installing a smart IR remote control (€ 26). 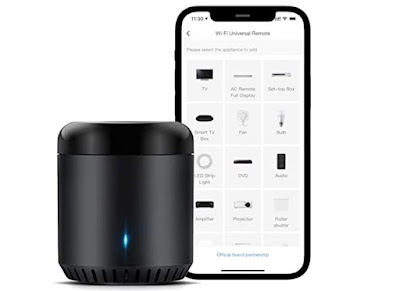 This small remote control can convert voice commands into infrared signal, so as to use the same port of the TV remote control for remote controls. After placing this device near the TV, download the BroadLink app (Android and iPhone), immediately create an account and follow the wizard to add the TV we own (it is configured as a universal remote control, choosing make and model and trying the IR inputs until we get control).

After the initial configuration, let's go to the Google Home app (for Android and iPhone / iPad), press the + button at the top left, select the item Configure device, we press on Compatible with Google and let's rely on the upper search button to search for the extension BroadLink. We enter the credentials of the BroadLink account and add the IR profile created for the TV, so that we can enable voice commands.

As an alternative to the IR remote control, we can connect the Chromecast with Google TV to the TV (€ 69). 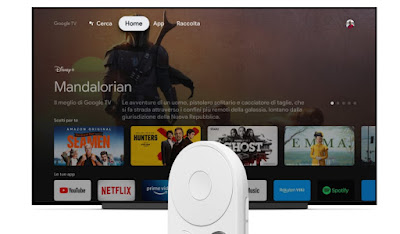 Connecting this new Chromecast to the TV will be enough follow the procedure already seen for Android TVs to enable voice commands and also control the turning on, off and volume of the TV (via HDMI CEC).

To learn more, we can read our guide dedicated to Chromecast with Google TV and learn more by reading the article on tricks for Chromecast.

Google Nest's voice assistant can control modern Smart TVs too, all we have to do is download the TV manufacturer's app, activate a free account, add the TV to connected devices and finish the configuration on Google Home, where there are extensions for all home automation services provided by LG, Samsung and other manufacturers.

When we buy a new TV let's make sure that there is support for voice assistants, so that you can follow the procedures above without problems. On old TVs we can use a smart IR remote control, a new generation Chromecast or a decoder smart, so as to also integrate support for the new digital terrestrial.

How to connect mobile phone to TV (Android, iPhone or iPad) ❯