iPhone 8: a Touch Bar to replace the Home button?

The absence of the famous home button on the future iPhone 8 has caused a lot of ink to flow this year. For many analysts, the Californian brand would necessarily opt for a virtual home button but it is not: Apple would rather favor the addition of an adaptive software bar which is reminiscent in many respects of the Touch Bar of the new Macbook Pro! 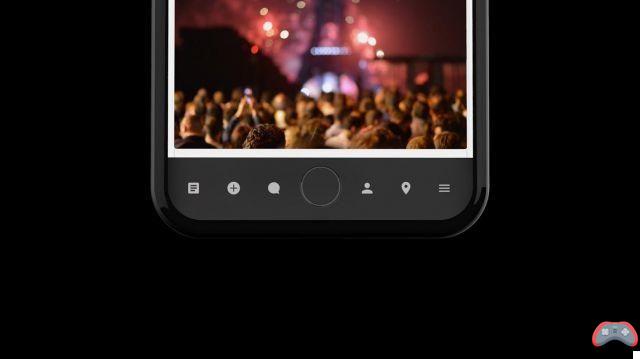 We have heard everything and its opposite concerning the replacement of the home button on the iPhone 8. The physical key, a real aesthetic imprint of the famous Apple smartphone, has toalways equipped the iPhone and this since its origins in 2007. Over time, the look of the flagship has evolved and the home button has equipped with the famous Touch ID but there was never any question of doing without him.

Till today ! The border du modeit ended up getting the better of the home button. To replace it, Apple could have taken it easy and equipped its terminal with a simple virtual button. But, 10th anniversary of the range obliges, the firm would have decided to shake up its habits a little and to propose a new way of interacting with its smartphone: an area of ​​​​functionalities that can be minimized or maximized.

iPhone 8: the virtual home button would not be part of it!

according to Mark Gurman of the famous Bloomberg website, Apple would have decided to go further in the ergonomic overhaul of its smartphone: the home button, even virtual, would be purely and simply abandoned. In its place, the iPhone 8 would be equipped with what he describes as a software bar that evolves according to the actions of its user. This technology is very reminiscent of the Touch Bar, present on the new Macbook Pro since 2016!

Still according to him, this software bar located – most of the time – in the bottom of the OLED screen, will be accessible directly from the locked screen and will allow in a few gestures to access multitasking. This band will adapt to the application displayed by the user and will therefore present different features depending on your actions. The parallel with the Touch Bar is more than inevitable!

In the end ios 11 beta background hides a new clue to the presence of such a Touch Bar. A hidden video indeed shows the functioning of the new version of the mobile OS and the least we can say is that the gestures presented would go perfectly with an iPhone 8 equipped with such a software band:

The idea of ​​a Touch Bar on the new iPhone 8 instead of the traditional home button has already excited the imagination of several design artists this year. Already in February, a Brazilian designer revealed to us what the new iPhone equipped with such a Touch Bar could look like. Later, iDropNews caused a stir with stunning 3D renderings of an iPhone 8 equipped with a "Function Area", which features similar functionality to what leaked today.

More recently, designer John Calkis also imagined what an iPhone 8 could represent with what he calls not Touch Bar, more Home Bar. The result is rather successful and makes us hope that Apple has indeed decided to take this path: 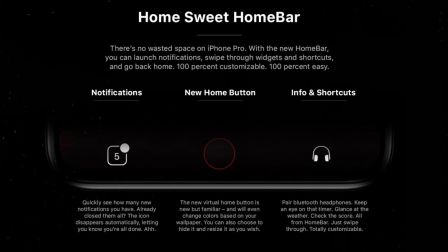 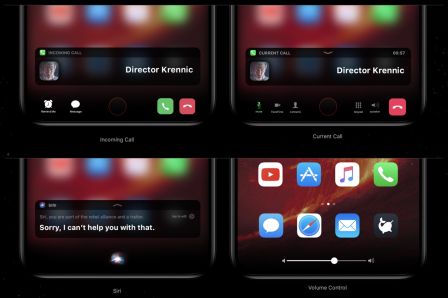 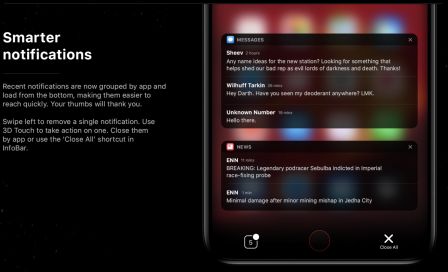 According to the latest news, the iPhone 8 will be presented by Tim Cook during a keynote to be held, a priori, on September 12!

Audio Video iPhone 8: a Touch Bar to replace the Home button?
iPhone: how to take a screenshot ❯

add a comment of iPhone 8: a Touch Bar to replace the Home button?