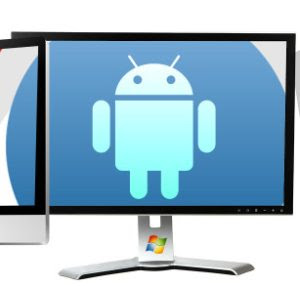 Google is finally making that hoped-for and welcome technical move to make Android apps work on the Chrome browser as well.
This which is, officially, only possible on Chromebooks (see also tricks and guide for working offline with the Chromebook) and, probably, it will only be a matter of time before be able to use Android apps on regular Chrome browser.
To try now, you can install an extension and open Android apps in Chrome browser on Windows PC, Mac or Linux as explained below.

For running any Android app on Chrome just install a new extension called ART Welder (no longer supported but functional).
This is an application to open in the Chrome App menu that allows you to select an APK file of any app to open it on your PC without making any configuration. It thus becomes an immediate, easy, direct and absolutely safe procedure.

Alternatively, download this extension, ARChon Runtime, Chrome that allows Android applications to work properly on Chrome.
Unfortunately this extension, developed independently and without any official status, is very unstable so it may not always work well.
There are three versions of this extension, one 32-bit, one 64-bit, and one for Chromebooks.
To find out if you are using 32-bit or 64-bit Chrome, open a tab at chrome: // chrome or click on the three-line button at the top right, going to About Chrome.
Meanwhile, open a new tab with the address chrome: // extensions in the address bar, activate the developer mode by placing the cross on the option at the top and leave it open until the ARChon download is finished.
After downloading the correct version (it's a 100 MB file), unzip the folder and, in the open list of extensions, press the "Load unpackaged extension" button and select the folder where Archon has been unpacked.
Then make sure that the extension is enabled and we are ready to install Android apps on Chrome in one of the following ways.

NOTE: : Not all Android apps work on Chrome so either you test or go directly to mode 3.

Mode 1: Convertire i file APK da uno smartphone Android.
The Android applications found on our smartphones do not work on Chrome because they are not compatible with Archon.
The app must then be modified via an Android application called Archon Packager, free on the Google Play store.
Once you have downloaded and installed the app on your smartphone, choose an installed app or the APK file (that would be the installation file), select the phone or tablet mode and whether it should be oriented vertically or horizontally.
By pressing Finish, the application will be converted into a ZIP file almost ready for Chrome.
Transfer the file from the phone memory to your computer by pressing the Share button and choose to send it via email or even upload it to a cloud service such as Dropbox.
Once on the PC, unzip the Zip file, open the list of Chrome extensions, press the "Load Unpackaged Extension" button and load the application folder.
Now go to the list of Chrome applications by pressing the App button at the top left of the browser and run the newly installed Android application.

Mode 2: Converting the APK to Chrome
If you don't have an Android device, you can do the conversion directly from Chrome using Twerk, which you can download from the Chrome Web Store.
But first you need to download the APK files of the Android apps to your PC as seen in another article.
Start Twerk from Chrome, select the APK file and drag it into the Twerk window.
Choose the various options, create the app for Chrome and, as in the point above, load the non-packaged extension and start it.

Mode 3: Download the already modified and known working APKs.
Without wasting time testing, you can download the APK files already created and certainly working from this page and by consulting these discussions on the American Reddit forum.
Most of them have a download link on the far right of the table for downloading files, although there is no guarantee on the links.
Once the apps are downloaded, unzip the archives and load them as unpackaged extensions in Chrome, as explained above.

add a comment of Open Android App in Chrome on Windows PC, Mac and Linux