The limits of Netflix's offline mode 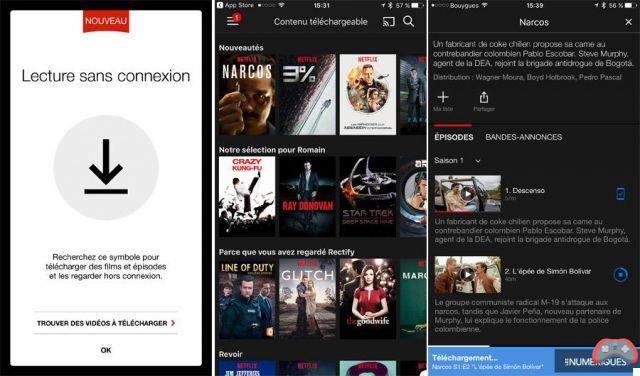 They are little known and not necessarily very annoying, but the rules for using Netflix's offline mode do exist... and they are sometimes limiting.

For a long time, Reed Hastings refused to listen to requests from Netflix users for offline viewing of videos. The CEO of the SVOD platform, however, ended up giving in, responding to the offline modes offered by certain competitors such as Canal Play or Amazon Prime Video. Many films and series offered on Netflix can therefore be transferred to a smartphone, tablet or computer for later viewing, without needing to be connected. However, there are some limits to their use, as confirmed by our colleagues from Clubic.

It is indeed not possible to download the same content at will. Typically, if you start playing a video without watching it in full, the system gives you 48 hours to finish it, before erasing it from your device, whether you restart it or not. If you want to download it again, you can, but only once, for a period of one year. Fortunately, a warning is displayed when validating this second download, to motivate you – this time – to take advantage of the content downloaded offline.


Netflix has never explained the reasons which led it to put in place such limitations which remain difficult to define from a practical point of view, even if one imagines that in reality few users have them. bears the cost.

Be aware that if your Android smartphone is unlocked, you will no longer be able to officially download the Netflix app.

add a comment of The limits of Netflix's offline mode