Turn any TV into Smart TV 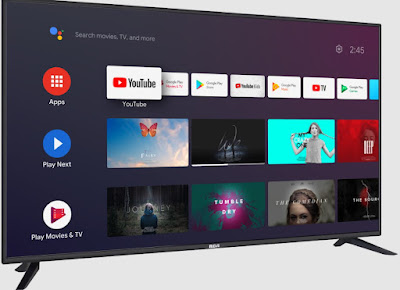 Those who bought the TV more than 7 years ago will hardly have a quality Smart component available or, even worse, have no Smart function at all, finding in their hands an obsolete TV compared to modern technology.

Luckily there is no need to buy a new Smart TV, given that it is possible to continue to use the TV already in our possession for a few more years, by connecting simple and immediate devices to it and thus integrating the missing Smart functions.

In the following guide we will show you the best devices to turn any TV into Smart TV, spending much less than buying a latest generation Smart TV, a scenario to be taken into consideration only if the TV in question does not even have an HDMI port (essential requirement for connecting the devices in the following guide).


The cheapest device we can buy to turn any TV into a Smart TV is undoubtedly the Amazon Fire TV Stick, sold for less than € 40 (in promotion we can also find it for less than € 25). 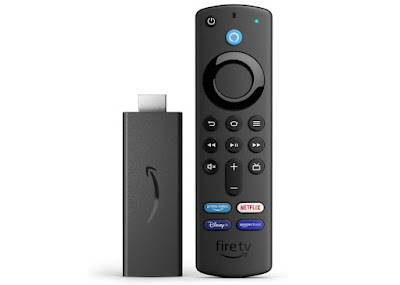 With this device we will immediately have access to all popular streaming apps (Netflix, Disney +, Amazon Prime Video, DAZN, RaiPlay, Mediaset Infinity and NOW) in a convenient interface, freely navigable using the convenient remote control.

The remote also integrates i Alexa voice commands: just hold down the microphone key and say the voice command to perform quick actions without having to navigate between apps and menus. Among the supported voice commands we find those necessary to quickly open apps, Amazon Prime Video TV series, Netflix contents and to open the Fire TV settings.

To use the use the Fire TV Stick connect it to a free HDMI socket on the back of the TV, supply electricity via the USB cable and the wall charger (included) then go to the TV remote control and change the video source, taking care to select the HDMI port where we placed the device.


A valid alternative to Amazon's Fire TV is the Chromecast with Google TV, currently one of the favorite methods of experts to turn any TV into a Smart TV. 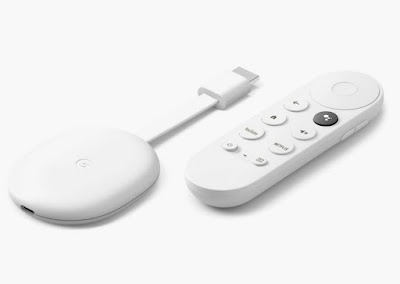 By connecting this device to the TV we will have access to the smart interface present on the new generation televisions sold with Google TV, spending a much more accessible amount (less than € 70).

With this Chromecast we can install your favorite streaming apps and quickly stream multimedia content on your phone apps, using the Cast button (which will appear on all apps compatible with the Chromecast protocol). With this device we can use the special remote control to quickly access functions and launch voice commands, managed in this case by the Google Assistant (the same assistant on Android).

Similarly to the Fire TV Stick we can connect the Chromecast using a free HDMI socket on the TV and connecting the USB cable to a wall charger. After starting, we use the TV remote control to change the video source, selecting the HDMI port where the Chromecast is connected.


If our TV is too old for the channels of the new digital terrestrial it may be a good idea to immediately focus on a smart decoder such as the Telesystem UP T2, available for € 92. 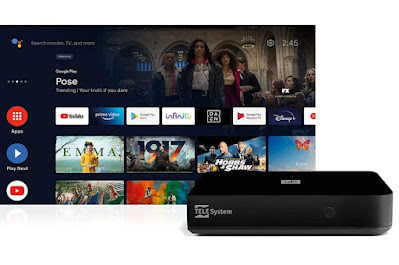 With this decoder we will add the support for the new DVB-T2 digital terrestrial and HEVC-10 codec, essential in order to continue to see traditional television channels at the switch off (set for 2023).

As a smart interface we find Google TV, so we will have the same advantages seen with the Chromecast model seen a little while ago: we can install new streaming apps, see the video contents recommended by Google and launch voice commands with the Google Assistant.

This decoder can be connected to the TV via HDMI cable or using the special AV adapter, which will allow you to connect this decoder even on old TVs without HDMI port (we can use the SCART port). This makes the decoder smart great for updating really very old TVs.


In addition to the devices seen above, we can transform any TV into a Smart TV using one of the devices in the following list:

We also choose the best device based on our needs and the type of TV we have, so we can get the smart features we want so much.


All TVs must have Smart features, as all the best quality content is now available in streaming via subscription services. If the normal TV channels are no longer enough for us and our TV does not have a smart function (or it is too old) we choose one of the methods seen above, so as to be able to transform any TV into a Smart TV with modern and constantly updated apps.

If we have the decoder Sky and we want to access the streaming apps, it is better to proceed with the update or replace it with Sky Q, where the same streaming apps seen in the guide devices are present.

add a comment of Turn any TV into Smart TV