Update Chrome on PC and download the latest version, the right one 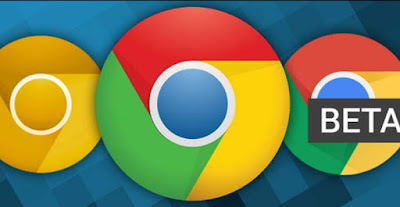 Google develops Chrome in different versions and even if the initial download leads to automatically install the latest version of the moment, it does not mean that it will remain updated over time or that it is the right one to use. In addition, Google releases Chrome updates using different channels, in order to separate the stable version from the experimental and newer one, which is still in the testing phase.
To update Chrome and find out the Chrome version number installed on your PC, the update channel you are using and especially if the Chrome version is 64-bit or 32-bit, you have to press the Menu button (the three vertical dots in the upper right corner of the window), and then click on Help -> About Google Chrome.
The page that opens could immediately start downloading an update, if it is available, and immediately show some information that we are going to explain.

On my computer the page writes:
Version 92.0.4515.131 (Official Build) (64-bit)
The first two digits, are the version of Chrome, currently arrived at Chrome 92. This number increases every two months with the download of a new update that more often brings only minor tweaks, bug fixes and only some times substantial interface changes or new features.

If at the bottom it says that Chrome is up to date, the installed version is definitely the latest available. If it is not, the download will start automatically and you will be prompted to restart Chrome for installation. If the installation of the new version fails, a warning should appear.
In this case it may be necessary download Google Chrome manually.

If the version is Chrome 64 bit, this is written, while if it is Chrome 32 bit, next to the version there is nothing written.
Note that on 64-bit systems you should always use 64-bit Chrome for better performance, speed and security.

For the update channels, Google even has 4.

1) The stable channel, what you normally download from the Google Chrome site, is the standard edition that everyone should use and that has no errors.

2) The Chrome Beta version has Beta written on the icon. The Beta channel is a test version of Chrome, the one before it becomes stable. Google updates the Beta about once a week, with major updates every six weeks. This is an almost stable version, usually one number ahead of the stable one.

3) Chrome Dev it is a version or two ahead of the stable, is updated once a week, and is used to test more radical changes to the browser that can also be discarded. The Dev version can crash more often than the beta, have loading errors or incompatible extensions.

4) Chrome Canary is the most experimental version of Chrome, updated practically every day with the latest changes that still need to be tested. Canary is mainly a tool for developers or curious people who want to preview all the latest news of the Google browser.

The versions of Chrome, the stable, the dev, the beta and the Canary Yes they can install on Windows PC, Linux, Mac, Android, iPhone, with all the download links on this page of the sito Chromium
Keep in mind, however, that while on Android the versions are separate apps, on PC you can only have one of stable Chrome, Dev and Beta, which cannot be installed all together. This means that to switch between them you have to remove Chrome and repeat the installation. Only Chrome Canary is an independent program.

Remembering that Chrome is available for Windows PCs, Macs and Linux as well as an operating system for Chromebooks and a browser for Android and iPhone, reference to Official site to get all download and installation links.