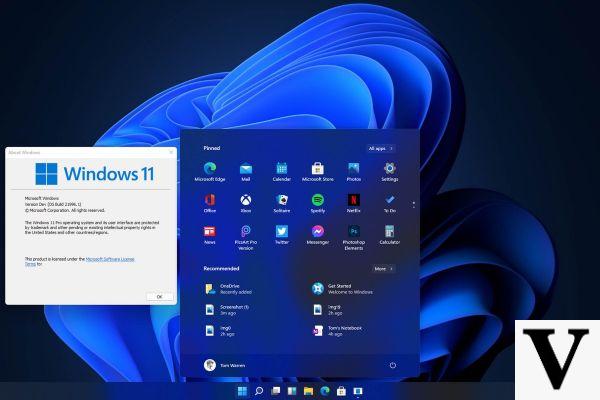 Microsoft is preparing to introduce big news for the operating system Windows 10 in 2021 that aim to improve the user experience. A new modern and simplified interface, additional features and the launch of a new app streaming service that will be called Cloud PC.

The Windows Central site, specializing in Microsoft product news, relaunches the words of the Chief Product Officer of the Redmond company, Panos Panay, who has long been talking about a "reinvestment"on the operating system. Over the past two years, updates have set the stage for what will be the big change, which will come with two updates, a lighter one in spring and a more full-bodied one in autumn. Among the main objectives, also the launch of Windows 10X, a modern and lightweight version of the operating system designed for foldable tablets and PCs to challenge the Chrome OS.

Currently Microsoft has not released certain details on the upcoming news, limiting itself to talking about a "reinvestment" which will involve an important update graphical interface and operating system features Windows 10.

According to Windows Central, it can be expected two updates starting from spring 2021, as already happened in 2020. A first smaller 21H1 update, almost maintenance, which will ferry users towards the full-bodied 21H2 update scheduled for autumn. Microsoft is also working to be able to open the Microsoft Store even apps designed for Android.

Microsoft has been working on the development of the operating system for years Windows 10X intended for tablets, low-mid-range and foldable PCs. This is a lightweight, modern version of the operating system that supports Windows apps and will ensure security, excellent performance, and great battery life, although local Win32 app support will not be provided.

After a long wait, according to sources cited by Windows Central, the new OS could arrive by the spring of 2021 and open the challenge to devices Chromebook. In particular, the Redmond company is reportedly preparing to distribute the first laptops and tablets with Windows 10X. The new operating system, however, will not be compatible with existing devices,

Also in 2021, Microsoft is preparing to launch a new service called Cloud PC, which would allow users to install apps that can be streamed to any device. This way, users will be able to access their apps even from PCs with limited storage capacity or performance.

The new service will also serve to support users who choose the new one Windows 10X, for which there is no support for win32 applications locally. Cloud PC will therefore also allow you to synchronize any subscriptions to Microsoft 365 on Windows 10 and Windows 10X devices: by installing an app on the cloud, this will be displayed natively in the Start menu as per Windows Virtual Desktop.