Windows 10, a problem makes it impossible to use the PC: what happens 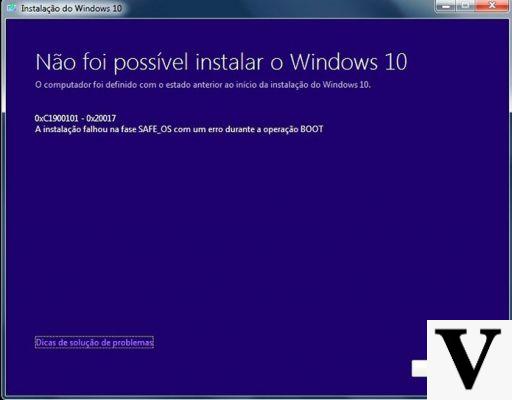 Windows 10 has problems, once again. The chain of problems that has been characterizing Microsoft's operating system for a few months now does not seem to end. The release of the Windows 10 May Update before and after June 2020 Security Update later, it seems to have created several malfunctions on users' PCs, so much so that in some cases it is not even possible to use the PC correctly. But let's go in order.

The two updates released by Microsoft have caused several operating problems, many of which have already been reported in previous articles. For example, the printer malfunction that made it impossible to use it was quickly fixed with an ad hoc patch. Now, however, three new quite serious problems emerge: the PC rebooting by itself and error messages that appear on the screen while using OneDrive and Outlook, two apps made by Microsoft itself. Here's what's going on.

Windows 10, because the PC restarts

The computer freezes, the system crashes and the user is forced to restart it. This is what can be understood from the various reports that have appeared online in recent days. The problem seems to be the same for everyone: it appears on the screen error c0000008 which causes the computer to freeze completely and you are forced to restart it to be able to use it again. More experienced users have also discovered the cause: this is an error in the lsass.exe file.

Microsoft has taken note of the problem and assured that it will be fixed as soon as possible, but in the meantime, users are forced to live with it. The Windows versions 10 affected by the malfunction are the number 1809, 1903, 1909 and 2004, that is, all those released in the last two years.


Outlook and OneDrive don't work on Windows 10, what happens

If the problem that forces the user to reboot wasn't bad enough, two more have been added in the last few weeks. Both appeared after updating to the Windows 10 May Update 2020. This time the malfunction affects two rather important apps: OneDrive and Outlook. The first is to manage the files uploaded to your Microsoft cloud space, the second to check your e-mail addresses. What exactly happens?

Su OneDrive many users complain that they cannot access the files on their personal space. They view them, but they can't interact. Up Outlookinstead, a message appears stating that something went wrong and it is necessary to restart the program. Even in these two cases, Microsoft is aware of the problems and will release a corrective patch shortly.

How to fix Windows 10 problem

For the moment it is not known which PC models are affected by these problems, but the sure thing is that it is creating several headaches for users. Microsoft has confirmed to be a knowledge of malfunctionsi, that we are already working to solve them and that an ad hoc patch should arrive soon. But it is not known when or if it will be truly effective.

In the meantime, the only way to get back to using your PC is to manually uninstall the June 2020 Security Update directly from Windows Update. This way, however, your PC will not be protected from the more than 100 security vulnerabilities fixed by the June security update.

Windows 10, a problem makes it impossible to use the PC: what happens

Audio Video Windows 10, a problem makes it impossible to use the PC: what happens
How to protect privacy on Windows 10 in 15 simple steps ❯

add a comment of Windows 10, a problem makes it impossible to use the PC: what happens