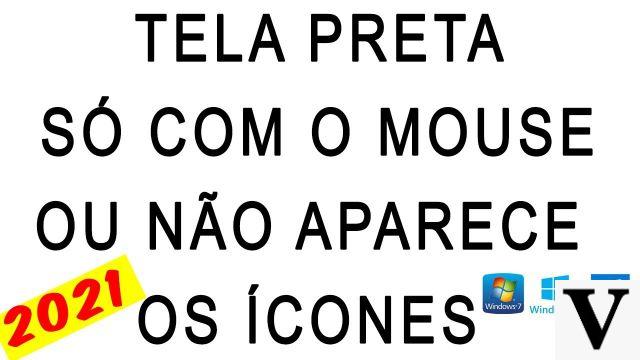 Final with a bang for Windows 7: The latest update of these operating systems before the end of official support from Microsoft contains a bug that makes the desktop image disappear, replacing it with a black screen. And, as support is out, Microsoft will most likely not release a patch to fix this.

The update in question is the KB4534310 and the first bug reports date back to January 15th, the first real day without official Microsoft support, which ended on the 14th. The update, for Windows 7 SP1 and Windows Server 2008 R2 SP1, contains several security fixes already introduced in October 2019 and fixes various minor bugs. But apparently it creates a new, somewhat annoying one. On the forums there are already many complaining, while others take it with humor considering this bug the icing on the cake of Windows 7, a sort of final gift from Microsoft to users of this old operating system. Others, however, claim that the problem is not just about Windows 7 and there are also those who have found a half solution.

Windows 7: why the screen goes black

To be sure, it would seem that the problem of the black desktop on Windows 7 is also happening to users that the KB4534310 they haven't even downloaded and installed it. Other users also report the same problem on Windows 10. Still others claim that the problem is not in the January update, but in the Windows authentication system itself (and hence the presence of the bug also on Win 10) .

Black background on Windows 7: how to fix it

Among the many bug reports, there are also some that contain a possible (partial) solution to the problem. Apparently it is black background it would only appear if the image chosen as wallpaper is not exactly the same resolution as the screen. In practice, by choosing the "Fill" option for the background image in the desktop settings, the black screen appears, while choosing "Center" returns the image we have chosen. This means that if we use a graphics program to bring the image to the same size as the screen, everything is solved.


Will a fix arrive?

Il black screen bug on Windows 7 it is certainly not a serious problem, but only annoying: the operating system continues to work and you can work safely. It probably wouldn't even be talked about that much if the Win 7 support hadn't ended ten days ago: The fact that Microsoft no longer supports this operating system (except for users who have purchased the extended warranty) suggests that users, most likely, should keep this bug until they switch to Windows 10.

add a comment of Windows 7, the bug showing black screen