10 reasons to buy a Chromebook PC 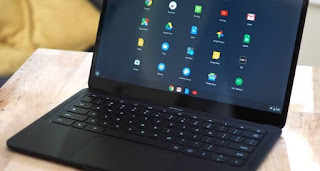 When Google launched Chromebooks, few would have bet on its success, as any Windows or MacBook notebook was capable of doing the same things and had all the traditional applications a user would expect from a notebook for work or study. Now, however, Chromebooks have carved out an important slice of the market because they have always proved to be fast, immune to the problems that plague Windows and macOS and, thanks to the innovations introduced in recent years, they can compete on the application side with any traditional computer.

In this guide we will try to show you the reasons why a Chromebook PC is worth buying nowadays, so as to save a lot of money on the purchase of the new laptop and get a machine that is always efficient, always fast and always connected to the Internet.

ALSO READ: Using a Chromebook at its best: tips and tricks for working online and offline

Why buy a Chromebook?


Those who approach a Chromebook for the first time may have the impression of being in front of a very limited system: a computer that only serves to surf the internet, on which traditional programs cannot be installed and which almost does not work if it is not connected to the internet. The reality however is quite different and in the following chapters we will show you because the Chromebook is a great deal and a perfect computer for most users, both for home use and for professional or business use.


Buying a Windows laptop for less than 500 Euros, unless it is a sensationally limited offer, we will find ourselves in front of a poor, slow and obsolete laptop. Chromebooks cost between $ 300 and $ 500 on average and offer the best value for money that can be found on the market today, as they all run fast, open apps and web pages like no other operating system, and start up in just 2 seconds.

So if we are looking for a cheap but powerful laptop, the Chromebook is practically a must if we don't want to spend € 800 or more on high-end PCs or a MacBook.


As you can easily guess from the previous point, no other device offers so much speed at such a low price. Chrome OS is an operating system that doesn't suffer from the heaviness of services or processes running underneath, being all based on the Google Chrome rendering engine. A Chromebook with a quad-core processor and 4 GB of RAM runs with the same performance as a traditional notebook with 8 GB of RAM and an octa-core processor.

The startup time is less than 5 seconds in each scenario: The Chromebook is therefore lightning fast, performing all the operations for which it is designed as quickly and efficiently as a 2000 Euro Macbook would.


By its nature, the Chromebook lends itself to an efficient and simple experience, within the reach of any user (regardless of past experience). When working with a Chromebook, there are no distractions like on a regular PC and you can only work and browse the internet. The Chromebook does not require configurations, does not require maintenance, does not require technical intervention by an expert and is immune to viruses (even if every PC that connects to the internet can be targeted by hackers). It works in full screen most of the time and the learning curve is very minimal (just long enough to figure out how to connect it to the network).

The Chromebook's interface is also familiar to everyone, with a "Start-like" menu for applications and extensions and the classic buttons to close and minimize windows like Windows does.


Chrome OS is based on Linux and enjoys an unmatched level of reliability. As mentioned, since traditional programs in EXE or MSI format cannot be installed, the Chromebook cannot be prey to viruses and malware. This means additional cost savings for businesses and less time wasted dealing with infections.

We can also let inexperienced or novice users use the Chromebook without being afraid that it may catch viruses or destroy the system.


Browser to the center of the system


The main concern of most users is that they cannot use PC programs. Fortunately most of the modern applications have a webapp, bootable via web browser. Since Chrome has been equipped with applications, addons and extensions, all the programs I might need are there, at hand inside the browser, working even without an internet connection, offline.

On Chromebook we can therefore open any document, any multimedia file and any image without problems, just install the app recommended by the system or use one of the integrated Google apps (and also working offline).


Anyone who thinks the Chromebook is nothing more than a "giant" web browser should review their ideas. Just look into the Google Chrome Store to discover, in addition to the numerous extensions, the Chrome desktop applications and applications that also work offline.

Among the apps are Google Docs apps for writing like Word, Spreadsheets like Excel, Photoshop-like photo editors, Gmail, video editors, apps for listening to music, watching videos and movies, and much more.


The Chromebook is also very fast because it is equipped with internal flash memory (eMMC or SSD depending on the models), even if this choice requires the presence of a small amount of memory (often less than 128GB), also to keep costs low. The files, however, can be better saved on the cloud space offered by Google Drive, which can be increased with one of the affordable offers of Google One.

In Chrome the files saved in Google Drive can also be opened offline without internet, (limited to the most used ones); obviously then you can also use other cloud storage services such as Dropbox.


To significantly increase the apps that we can install on Chromebooks, it is also possible to install Android apps and also many games for smartphones and tablets, given that the Google Play Store is integrated within the operating system and Chrome OS runs Android apps beautifully, as if we had a large tablet in front of us. With this integration, the apps that we can install on Chromebooks are so many and, in case of specific needs, just check the Google Play Store to find the right app for our work or study.

To learn more we can also read our guide 15 Apps for office, work and study, free on Android.


With Chromebook we will also have access to all voice technologies available with Google services, for many years a point of reference for those who want to use their voice to launch the main apps and commands (with the Google Assistant) or to transcribe the voice into text (via voice dictation). In both cases it is enough to open the Settings menu and take us to the sections Accessibilità e Research and assistantand to activate voice commands and voice transcription.

To learn more we can read our guides Write to the PC by dictating by voice in the country e Android voice commands for making calls, reading SMS and notifications by voice.


Through Google Family Link it is possible to add the Google accounts of our children and immediately obtain an effective parental control, so that minors can use Chromebooks safely (for example by deactivating the incognito mode on Chrome and starting only the apps that we decide to activate).

To learn more about the use of this effective parental control, we invite you to read our articles Parental control on children's mobile with Google Family Link and similar apps e How to Create a Google Account for Kids and Children.


Are we convinced and want to buy a Chromebook right away? Below we have collected the best models that you can buy at the moment, with all the updates already present and a first-rate hardware sector.

The first Google laptop we can consider is theAcer Chromebook, available on Amazon for less than € 450. 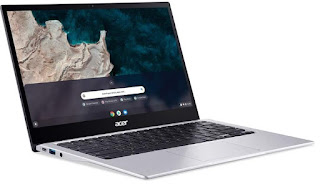 Alternatively, you can bet on Lenovo IdeaPad Flex 5 Chromebook, available on Amazon for less than € 500. 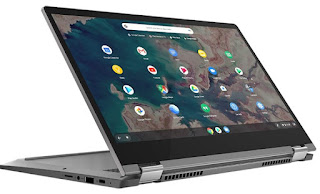 Another valid laptop that we can consider is theHP Chromebook 14a, available on Amazon for less than € 500. 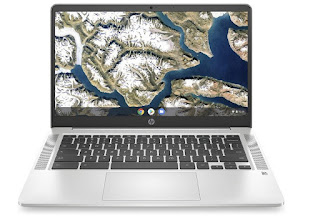 
In conclusion we can say that Chromebooks are a really big deal when looking for a fast laptop, powerful but economical, therefore suitable for use for school studies, for videoconferencing on Zoom and for working in smart working without always having to rely on PCs or laptops with Windows operating system (on which it is necessary to spend at least € 800 to have really fast and snappy devices).

If we are convinced of the purchase, we invite you to read our guide immediately Best Chromebooks to Buy, Super Fast Google Laptops.
If, on the other hand, we want to compare Chromebooks with other types of laptops, we can learn more by reading ours Guide to buying a laptop to make no mistake.

10 new alternative browsers to Chrome and Firefox, different and worth trying ❯

add a comment of 10 reasons to buy a Chromebook PC