Animojis: how to have them on your Android smartphone

Want to be able to play with Animojis on your Android smartphone? This flagship novelty among those introduced with the iPhone X is exclusive to it, but it is possible to have animojis on any other smartphone thanks to applications that perform this task with relative precision. 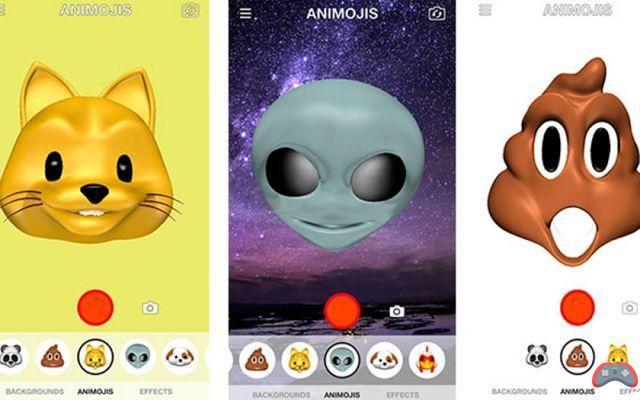 The animojis can they technically work on a Android smartphone ? The answer is yes, even if this feature is precisely optimized to work in the best possible way with the 3D sensor on the front of the iPhone X. At least, that's the explanation Apple gave a few years ago. weeks after a YouTuber noticed that animojis could work even on the iPhone 8. So on a smartphone without the TrueDeph depth sensor.

Apple, however, presented the Animojis as an exclusivity of the iPhone X because it would be the only one capable of making it work. Finally, to clarify the opinion following the controversy which stipulated that the functionality was reserved for the iPhone X for commercial reasons, Apple explained that the depth sensor was not used to reproduce movements, but rather to produce a 3D mapping of the face in order to render all the facial expressions of the user with extreme precision.

In other words, the animojis could work with the simple photo sensor of an Android smartphone, with the defect of being less precise. It did not take long to see applications that use the principle flourish on the Play Store.

This is the application that remains closest to the concept of animojis of the iPhone X. You can choose the desired animal or avatar, apply effects, animate it in 3D according to the movements of the head and face. As mentioned above, it is not possible to take advantage of the same precision as that of the iPhone X which uses TrueDeph sensors to project thousands of infrared points on the face of the user.

In doing so, a mask is created that allows the front photo sensor to track facial movements in detail in order to animate the emojis. Supermoji app is available on App Store and can be installed on iPhone 7, 8, etc. To have it on Android, you have to download the APK file. 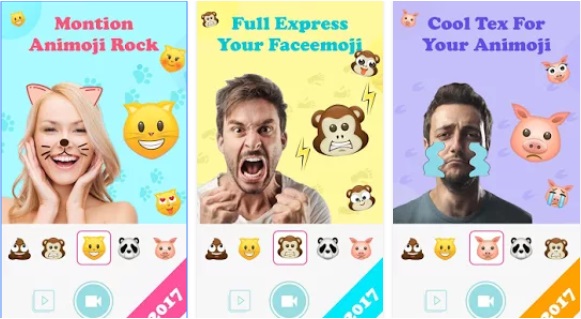 This app doesn't quite do the same as animojis, but it's close in spirit. It uses the smartphone's front camera to recognize the user's face and apply a filter that can animate according to the movement of the head and mouth. It is possible to record a short video and share it on social networks. Ainimoji For iPhone X is available by on Play tore.

And finally, we can also recommend MSQRD which is one of the best ways to apply animated masks to your selfies or videos to change your appearance, a bit like Snapchat. It has several filters to make the experience really fun.

Audio Video Animojis: how to have them on your Android smartphone
Apple: 79% of iPhone users want Touch ID back ❯

add a comment of Animojis: how to have them on your Android smartphone