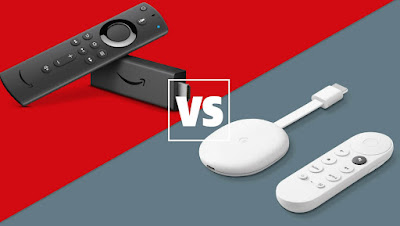 The Amazon Fire TV Stick represents a worthy opponent for the Google Chromecast, which has had so much luck in recent years, also thanks to the introduction of new interesting features (as we will see later). But what differentiates the two devices? Can they coexist or is it preferable to focus on just one device for each television in the house?

In this guide we will show you the strengths and weaknesses of both products (Chromecast with Google TV vs Amazon Fire TV Stick 4K), so you can consciously choose which product to buy to make your TV in the living room even more multimedia. We can evaluate the purchase of one of the products even if we already own a Smart TV, since the features offered can make up for the shortcomings of the Smart component of any TV.

READ ALSO -> which Chromecast to buy

Pros and cons of Chromecast with Google TV 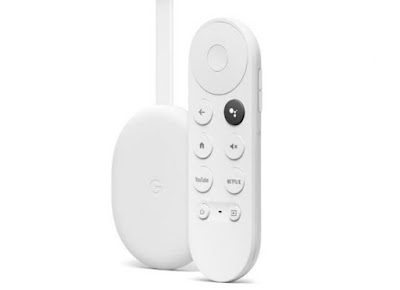 Let's start immediately from the merits of the Chromecast with Google TV, the flagship model among the dongles offered and the maximum evolution of the technology on which Google has invested very well in recent years, to the point of making the presence of a Smart component on modern TVs often useless.

If we look for simplicity and speed of use, we will hardly find something faster and more practical than the Chromecast, especially if used with impractical users or novices with this type of devices.


Having seen the merits, we must not overlook the shortcomings of Chromecast with Google TV. We anticipate that the vast majority of the defects disappeared with the latest version of the dongle (the old models had many more defects).

The defects of the Chromecast are practically the same since the first version, dictated by Google's policy in supporting only the formats and queues used for multimedia streams on the Internet. Support for native apps has disappeared from the defects, since with the arrival of Google TV we can install favorite apps inside the Chromecast without having to start streaming from the phone.


Pros and cons of the Amazon Fire TV Stick 4K 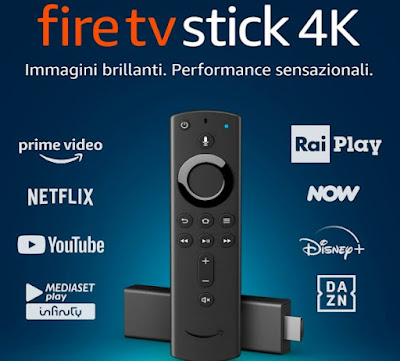 After seeing the new Chromecast it is now the turn of the merits of the Fire TV Stick 4K, the most complete model offered among Amazon's dongles, even if it is not currently the most recent.
The Fire TV has put the Chromecast in serious trouble in recent years, to the point that most of the merits have been copied and are also present on Chromecast.


After having seen the merits, let's move on to the defects of the Amazon Fire TV Stick, which are still present and must be taken into consideration before purchasing.

The vast majority of defects are easily overcome with a minimum of practice and knowledge of the device, without forgetting that some of them are also present on Chromecast.


Summing up I can say that there is currently no real winner between the two products, which can be purchased in practically all usage scenarios while fully respecting user requests. If we really need to provide a reason for choosing between the two, we advise you to base yourself on these parameters:

To further explore the comparison between the two devices, we recommend that you read the guide Chromecast with tricks and applications to use it to the fullest.

For the Fire TV Stick, on the other hand, we recommend that you read the guide Amazon Fire TV Stick with hidden tricks, apps and features and how add Netflix, YouTube and apps to the TV).

add a comment of Google Chromecast or Fire TV Stick? Comparison of strengths and weaknesses