Google will no longer automatically connect a Google Account to Chrome 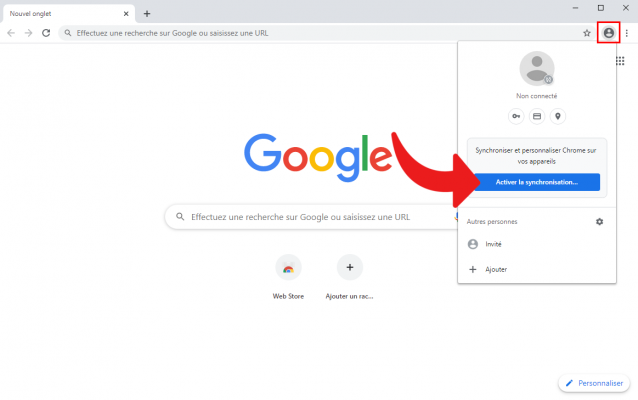 Google is reversing its decision to automatically connect its Google account to Chrome when using one of the giant's services. The function will not be deleted, but it will be possible to deactivate it.


Google is backpedaling and removing the auto-sync feature from Chrome settings when the user signs in to any Google service. This feature arrived with Chrome 69, released in early September, but went relatively unnoticed until September 23. . Cryptography researcher Matthew Green then noticed that he no longer had control over connecting his account to Chrome, following which a storm arose against Google.

Chrome 69 offers, when registering on a new site, to automatically generate a password stored securely. A function...

It is true that with this version of Chrome, by connecting for example to YouTube or its Gmail mailbox, we find ourselves automatically logged in to Chrome. Google, for its part, ensures that synchronization is not automatically activated and that there is no question of collecting information such as bookmarks, history, etc. This would mean that this function would actually be irrelevant. But according to feedback Google has received, it may break trust between the multinational and users. Google may have explained that the goal was to simplify the user experience, but it was forced to backtrack. And this, even if according to Adrienne Porter Felt, engineer at Google, it increases security on a shared device, because Chrome clearly shows that one is connected.

Finally, Google preferred to announce on Wednesday September 26 that this function will be deactivated in version 70 of Chrome, which will be released in mid-October. Google does not want to come under fire from its community. The browser will offer the possibility to deactivate this option, to prevent the automatic connection to Chrome and therefore will not activate it by default.