How to cast to TV from iPhone and iPad with Chromecast 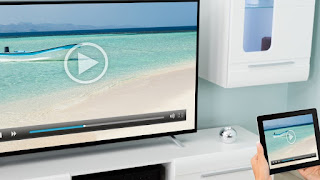 Thanks to Google Chromecast, anyone can stream any content including music, photos and most importantly videos from PC to TV wirelessly. The same thing can be done easily with an Android smartphone and tablet for which there are numerous applications, simple and free, to transmit videos to TV without difficulty. But if we own an iPhone or an iPad we are inclined to think that they are not compatible with Google technology, given the ten-year "clash" between the two manufacturers.
Fortunately, this statement is not correct: I really am numerous apps for iPhone and iPad that integrate the Google Cast protocol and therefore allow you to transmit multimedia streams (even from the Internet) on the Google Chromecast connected to the TV.
With the Chromecast we will be able to transform any TV (smart or non-smart) into a complete multimedia center, using our smartphone or our tablet (and some apps) as if it were a large remote control.
If we have not yet purchased a Chromecast and wanted to configure a new one, we can also read our guide Turn any TV into Smart TV with Chromecast before continuing to read.

ALSO READ: Watch streaming videos and movies from your PC on TV with Chromecast

How to set up a new Chromecast on iPhone and iPad


It Chromecast it can also be configured from iPhone and iPad, just install the official Google Home app on the Apple device and follow the steps indicated to proceed with adding the dongle. 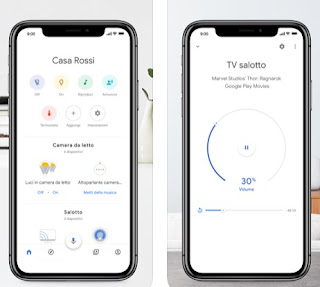 To know the steps to connect the new Chromecast just read ours chromecast guide and tricks to find all the instructions for use.
Unfortunately on the iPhone and iPad we will not find any system app compatible with the Chromecast so, in addition to the Google Home app, we will have to download the apps from the App Store in order to use the dongle to its full potential.


The best app to have on our Apple device to take advantage of Chromecast is without a doubt Web Video Cast, available for free. 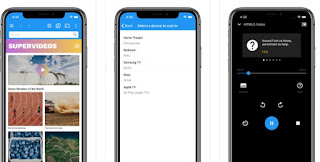 This app works like a normal web browser (similar to Safari then) but, as soon as we open a site that contains a video or an audio file, we can transmit it to the Chromecast by pressing the Cast button at the top and selecting the dongle present on our home network (we will obviously have to connect to the same Wi-Fi network to be able to view it).
Once connected, press the symbol at the top Play to view the multimedia streams captured by the browser and choose the one to play on the Chromecast; our iPhone and iPad will become convenient remote controls while the rest of the video or live stream is played on the TV where Chromecast is present.

Another app similar to the previous one to cast on TV from iPhone and iPad with Chromecast is iWebTV, also available for free. 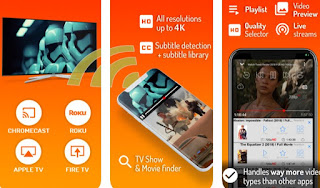 With this app we will get a convenient web browser compatible with all sites that present a video or a live stream; as soon as we reach the page to be transmitted, all we have to do is press the Cast symbol at the top and choose the Chromecast as the device on which to transmit the video or live stream. Also in this case the app on the iPhone or iPad will become the remote control with which to control playback on our TV.

If, on the other hand, the video files or films to be played are present in the internal memory of the iPhone or iPad, we recommend using the Streamer for Chromecast app. 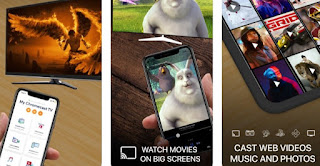 By installing this app we will have a file manager with which to manage all the multimedia files on the smartphone or tablet and view them on the Chromecast simply by associating the dongle as seen so far (i.e. by pressing on the cast symbol and choosing Chromecast as the playback device).

If, on the other hand, we have many films and videos saved on the PC hard drive or inside a NAS, we recommend that you install the Plex app, to be placed alongside the server of the same name on the PC or NAS. 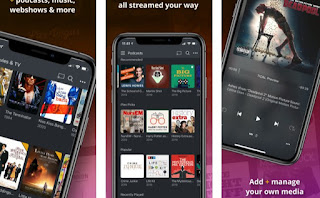 To use it, install the Plex server on the PC or NAS on the network, program the latter to index the multimedia folders where the films and videos are present, then open the app, select the previously configured server and press the Cast in symbol. high, so you can cast the content on the Chromecast.
If we want to learn more about the use of Plex, just read ours Complete guide to Plex, the media player with active transcoding.

Other apps to cast to Chromecast from iPhone or iPad

The ones we have seen so far are the best apps to use if we have a Chromecast and an Apple device to pair, but if we want to try other apps just choose from those in the list below:
These are the apps that we advise you to try and keep handy on iPhone and iPad if we have a Chromecast, perhaps by creating a dedicated folder within the home of the device.
The most famous streaming apps are already compatible and it is therefore not necessary to open the web page to manage the Chromecast; to deepen the discussion we can read our guide to App to watch movies for free and in streaming.

Even if there is not the variety of apps present on Android, the iPhone and iPad also defend themselves very well and are able to better support the Chromecast, so that you can use it whenever the opportunity arises.

If we are looking for something to be able to watch streaming TV channels via Chromecast, just read our articles How to see TV channels on Chromecast (without antenna) e IPTV in streaming su Amazon Fire TV e Chromecast to find the right app for watching live TV.
Are we having problems with Chromecast and can't fix them? You should immediately try all the suggestions proposed in the guide Chromecast doesn't work or jerks: how to fix.

How to use app extensions on iPhone and iPad ❯