If Netflix won't open or isn't working, how to fix 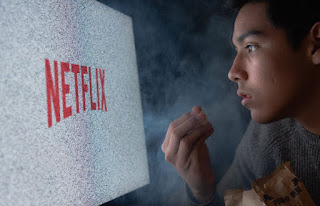 In the following guide we have collected them all the tricks and methods to fix Netflix errors and problems while viewing any content, so you know what to do next time an error message appears on the app.

READ ALSO -> Disney Plus or Netflix? What is better and differences

Netflix not working: how to fix

In the chapters below we have collected all the methods to solve Netflix problems from web browsers, from the dedicated app for PC, from the app for mobile devices, from Smart TV, from Fire TV Stick and from Chromecast.

Most Netflix web browser problems can be resolved by restarting the web browser (Netflix will always remember the last play point) or by clearing the site's cache and cookie data. To quickly clear the Netflix data and cache from Google Chrome, let's go to the Netflix site, press the lock icon at the top (in the address bar), press the item Cookie and, in the new screen that will open, select the cookies one by one and press on Remove. 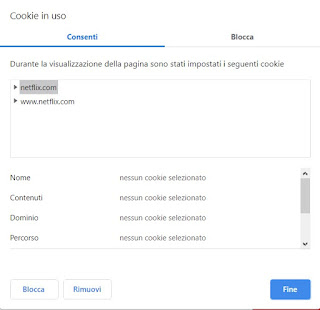 At the end we click on end and reload the page by pressing CTRL + F5; the Netflix page will ask us again for the access credentials, a clear sign that all the data and cookies of the previous connection have been deleted.

To delete data from other browsers, please read our guide How to Clear Cache on Chrome, Firefox, Safari, Edge, Internet Explorer.

Many users use it on Windows 10 the Netflix app specifies for the operating system; if we have never tried it we can download it for free from the Microsoft Store. 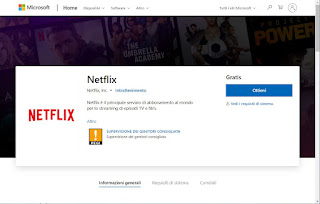 If the app shows an error screen or does not start correctly we can try to restart or restore it (it is not enough to close it by pressing on the X) by opening the Start menu at the bottom left, opening the app Settings, taking us to the menu App, let's open the menu App and features, we look for the Netflix app, click on its name, press on the item Advanced options and first press on the key Stop and then on the key Reset.

Now all that remains is to reopen the app, log back in with the Netflix account in our possession and check for the disappearance of the error message or black screen.

The Netflix app for Android and iPhone / iPad it is one of the most used methods to access the contents of the streaming service; if we do not yet have the app on our device we can download it for free from the Google Play Store or the Apple App Store. 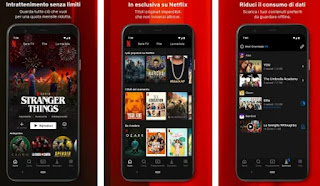 If we have problems with the Netflix mobile app, the fastest way to solve it is to completely uninstall the app and reinstall it, so as to clear all data and the associated cache. To uninstall Netflix on Android and iPhone / iPad, all we have to do is press and hold the app icon in the launcher or in the app drawer, then press on Uninstall o Remove app. Alternatively, we can always open the Settings app and uninstall the app from the dedicated menu, as also seen in the guide Uninstall apps on Android completely, even all at once.

The Netflix app is one of the most requested and installed on Smart TV: it is therefore no coincidence that all TV manufacturers (LG, Samsung, Sony, Philips, Panasonic etc.) already include the updated app in their operating systems. 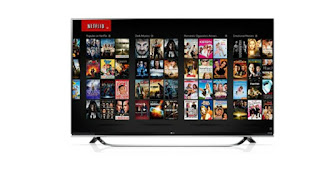 If an error screen appears or the app does not start let's make sure that the Internet connection is active (via Wi-Fi or Ethernet cable) and, if the problems persist, turn the TV off and on again, making sure not to start the quick start or sleep mode (which does not actually turn off the TV but puts it into hibernation): it can be a It is a good idea to proceed in this case with the "hard way", by unplugging the power plug directly for a few minutes.

If the problems persist, uninstall the app and reinstall it, so as to delete all the data and cache generated up to that moment. Obviously, at the next access to the app we will have to re-enter the login credentials for the account in use.

The Netflix app is already installed on the Amazon Fire TV Stick, as we have seen in the guide Add Netflix, YouTube, and apps to your TV with Amazon Fire Stick. 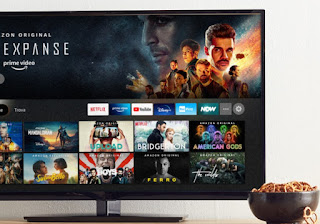 To solve the Netflix problems on the Fire TV Stick we recommend that you turn off the TV and unplug the USB power cable of the device, in order to perform a complete restart. If this is not enough, uninstall the app and reinstall it from the Amazon App Store, as seen in the guide Install Android App on Fire Stick TV, from APK or Store.

The old model of Chromecast (without Google TV) it is in fact a simple multimedia content receiver: it is the Netflix app on Android or iPhone / iPad that generates the video stream to be played on the TV. 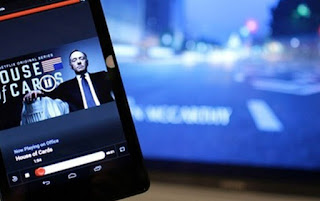 To solve the problems then proceed as seen for the mobile apps and, if it does not work, make sure that the Chromecast and the phone / tablet are connected to a 5GHz network, as seen in the guide Activate a second WiFi network to improve connection stability.

If we own the new Chromecast with Google TV we can uninstall and reinstall the Netflix app like on any Android phone or Smart TV running Google TV.

These are the simplest methods to solve Netflix problems on the main playback devices: in fact, just clear the cookies / cache, completely uninstall and reinstall the app or restart the device to make the rare error messages in which it is disappeared. possible to stumble upon with this service.

If problems persist even after resetting or deleting the app, the problem is almost certainly linked to the internet network in use; to solve network problems we invite you to read our guides If the connection is there but the websites are not loading and the downloads are stopped e Solutions for wifi and router connection problems.

If Netflix works but the streaming quality is poor, we can solve it by reading our insights Speed ​​up Netflix, DAZN and other streaming services e Increase video streaming speed to maximum.

If advertisements and strange sites open on PC, how to block and fix them ❯

add a comment of If Netflix won't open or isn't working, how to fix