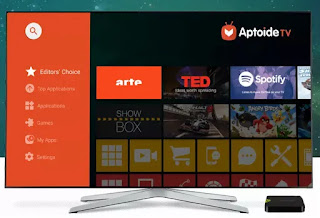 Even if it doesn't seem like it, Amazon's Fire Stick TV has the Android system inside, the same as the smartphones from Samsung, Huawei, etc.
Android on the Fire Stick, however, is profoundly modified in its initial interface and also in its functionality, with an almost complete block on the standard functions we are used to.
To install applications on the Fire TV Stick it is therefore necessary to go to the Amazon store and browse the list of apps provided.
From the home screen you must then press the button to go to the top and then go to Categories, where you can search, manually and without a search bar, the available apps.
This type of solution, however, is really limiting.
Not only is there no way to search, but then so many apps that would be great for an Android TV are missing on the Fire Stick; just think of Youtube, but also many others.
In this guide we see then how do you install all android apps from play store on Fire Stick TV, without limitations.

Preliminary steps
In order to install applications that are not those of the Amazon store it is necessary, first of all, to activate two options in the settings.
Then go to Settings> Device> Developer Options and turn on the Debug ADB and Applications from unknown sources options.

At this point you can start with the installation of apps from the Google Play store, with an important clarification.
While it is theoretically possible to install the Google Play Store, it still remains laborious and since there are certainly easier ways, we save ourselves this step.
To install any app on Fire Stick, there are instead two alternative ways which can be used both depending on which is more convenient.

1) Transfer apps from your smartphone
This is certainly the most immediate way, that of using the phone as a bridge, transferring applications from it to the Fire Stick TV.
To do this, you just need to install the app on your Android phone Apps2Fire, free.
Once this application is installed, keeping the Fire Stick TV on, go to the Setup column by browsing all to the right.
If the phone is connected to the same wifi network to which the Fire Stick is also connected, press the Search Fire TV button on Apps2Fire.
If nothing is detected, press the Network button instead and wait until an Amazon device is detected.
This is our Fire TV, to select to connect.
Then (only the first time) a warning will appear on the TV screen to authorize USB Debugging, click on Remember and then on OK.

At this point, on Apps2Fire, you can go to the Fire TV Apps screen to see the apps installed on the Amazon Stick.
To transfer apps from mobile to Fire Stick TV, go to Local Apps and simply tap the one you want to install.
The smartphone will start the transfer confirming once completed.

This procedure is really immediate because it will be enough to download the desired apps from the Google Play Store to the Android phone and transfer them, but it has a flaw.
The problem is that some applications simply don't work or are not usable on the TV and we will only know this after installing and testing them.

2) Download apps directly from the Fire TV Stick
To download applications directly from the Fire TV Stick we can download APK files from various sites or, to do first, install an alternative store to the Play Store, which is optimized for Android TVs.
As a TV store, the choice certainly goes to Aptoide, which has all the apps from the Google Play Store, recommending the most suitable ones and giving information on any incompatibilities.

To install Aptoide TV, however, you need to activate the downloads on the Fire Stick, which you can do by downloading the app Downloader sul Fire TV Stick.
This application is found by going to the Categories menu and then to Utility.

Downloader is a browser that has the ability to download APK files, that is, the app installation files (Firefox, on the other hand, cannot do them).
Then open the Downloader browser and browse the site https://m.aptoide.com/installer-aptoide-tv .
Press the Install button Aptoide TV and download the file AptoideTV.apk .
Aptoide TV may also be the only app we need to download as an APK, because it is a complete store.

Once the download is finished, open the downloaded file to install Aptoide TV.
Open Aptoide TV, skip any login requests and search for apps with the search bar or with the lists of popular or recommended apps.
You can then install apps such as: Youtube tv, RaiPlay, Kodi, Ace Stream Player, VLC Media Player, Facebook, ES File Manager, Steam Link, North VPN and then lots of games optimized for TV.
Aptoide contains all the apps from the Google Play Store and if you are looking for an app that is not optimized for TV, Aptoide reports it by saying that it may not work.

Finally, remember that the new installed applications can be found on the Fire Stick by scrolling the first line of apps (under Your Apps and Games) to the right until you click on View All.
To view your favorite apps on the main screen, select them and then tap the three-line button and choose "Move to Front".

add a comment of Install Android App on Fire Stick TV, from APK or Store