Install Chrome extensions on Firefox directly from the Web Store 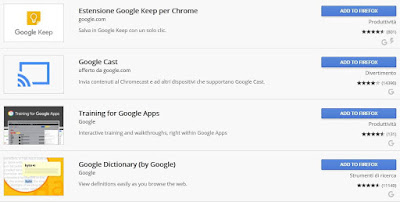 Today came out there version 48 of Firefox which among other things brings an extraordinary and appreciated novelty, the support for WebExtensions which, in simple terms, makes it possible to install Chrome extensions on Firefox too.
Once Firefox was the leading browser because it was the one that allowed you to install extensions, or add-ons to expand the functions of the browser depending on the use made of it.
Today Chrome is the most used web browser in the world, it has surpassed Firefox not only for Google's ability to make a modern and powerful browser, but also for the number of extensions that are also better organized in the Chrome Web Store, much better than the Firefox addon download site.
If Firefox gives the option of install Chrome extensions, directly from the Chrome Web Store, then this gap could really be eliminated.

To install the Chrome extensions on Firefox it is necessary that the Chrome extension files which are of type .CRX are converted into .XPI files which are the Firefox addons.
The tool that performs this conversion is an addon to be installed on Firefox called Chrome Store Foxified.
After installing this add-on in Firefox, you can open the Chrome web Store in the category of extensions and notice that, by opening the page of an extension chosen to be installed, the button at the top has the writing Add To Firefox. Click the button Aggiungi to Firefox at the top right and notice that the popup that appears contains several links and buttons.
To do the immediate test, you can simply click on "temporarily install unsigned download".
This way the extension installs itself temporarily and is removed by closing and restarting Firefox.
Since not all Chrome extensions can work in Firefox, this is the best way to try it out.
Per esempio, si può provare con la piccola estensione di per Chrome che ora funziona anche in Firefox.

If you want make the Firefox extension permanent, you must first log in with an account registered on the Firefox addon site.
Once we have registered an account with Email, proceed with the login and then, from the popup that appears by pressing the Add To Firefox button in the Chrome Web Store, click the "Sign Addon and Install" link.
You can also choose to save the add-on with a .crx file.
Once all the processes have been completed, you can try to install all the extensions we need in Firefox.

For the record, in Firefox 48, there is also the blocking of automatic downloads from malicious sites and the deactivation of unverified extensions.
To update Firefox to the new version, press the menu button with three lines, click the question mark and then click About Firefox or go to the site for download Firefox