iPhones are equipped with a power saving mode that helps preserve battery life. To find out if this mode is really effective, a YouTuber conducted a series of experiments. Here is his verdict. 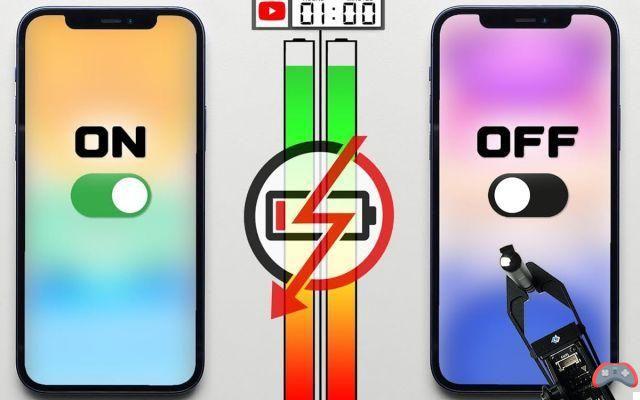 For several generations, iOS has included a native energy saving mode. As Apple explains on its website, "Power saving mode reduces the amount of power your iPhone uses when the battery level is low."

To save autonomy, Apple throttling feature performance such as “receiving e-mails, updating apps in the background, automatic downloads, certain visual effects, automatic locking, iCloud photos” or even “5G“. The Cupertino company recommends activating the mode as soon as the battery level drops below 20%.

Related: Your iPhone Will Soon Replace Your ID at Airports

In a video published on June 8, the PhoneBuff YouTube channel tried toestimate the effectiveness of iPhone economy mode. To achieve this, the videographer subjected an iPhone 12 to a battery life test. As part of the test, a robotic arm was responsible for using several features of the iPhone, such as the browser, audio calls or SMS.

To decide between the two terminals, PhoneBuff relaunched a second test, the duration of which is twice as long. After two hours of texting, browsing, or calling, iPhone 12 in low power mode saved 3% more battery relative to the other terminal. After 8 hours of testing, Low Power Mode saved 6% more battery life.

It's not negligible, but it's far from impressive. To conclude, PhoneBuff launched a third test, which consists of continuously launching applications. After two hours, the low power mode had preserved 5% more autonomy. After 8 hours of experimentation, the clamped iPhone 12 still had 13% autonomy, compared to 1% for the iPhone 12 without the mode activated. Verdict: the energy saving mode is very effective.

add a comment of iPhone: is the energy saving mode really effective?