Do you care about your Nintendo Switch, but worry that your battery will fail you along the way? We offer you a selection of small actions to take in order to optimize the battery life of your hybrid console. 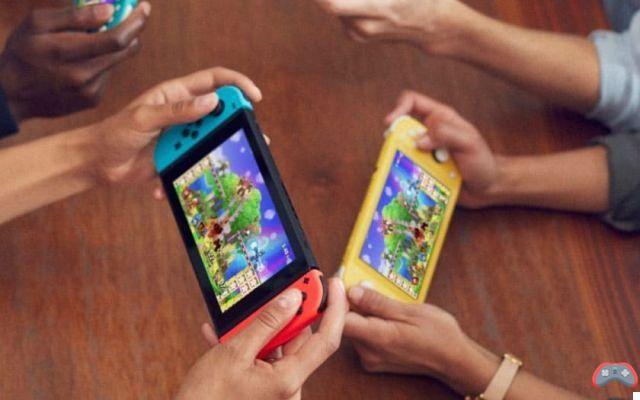 The Nintendo Switch will be supported for many years, with releases of games et accessoiries to offer new experiences over the long term. Big N has planned a longer lifespan for its hybrid console than for its previous generations, portable and living room combined. But to enjoy it to the end, the hardware still has to hold up all this time. We think in particular of the lithium-ion battery, which is very often the weak point in the durability of electronic devices (smartphones, laptops, etc.). That's why we give you here some tips for take care of your switch battery and thus try to maximize its lifespan.

Read also: Test of the Nintendo Switch Lite, a reduced model that does not have to be ashamed of its big sister

As on cars, the battery of Nintendo Switch must be put to use and be recharged regularly so as not to fall permanently flat. If you buy a PS5 or Xbox Series X when they come out and put your Switch in the closet, you absolutely must take it out from time to time to turn it on and recharge it. “Be sure to charge devices with a battery at least once every six months. If the battery is not used for an extended period of time, it may become impossible to recharge it,” Nintendo explains. A tip that applies to both the Switch and your other battery-powered devices. This also applies to your old smartphone that you have kept in reserve just in case, and which may no longer be operational when its time finally comes to troubleshoot.

The Nintendo Switch ships a customizable sleep mode. This allows, among other things, to automatically activate standby on the console after a predefined period of inactivity. You can choose between 1, 3, 5, 10 or 30 minutes in portable mode and tabletop mode and between 1, 2, 3, 6, 10 or 30 minutes in TV mode. By doing this, your device does not need to run at full speed when you are not using it. And after a few years of use, the difference in the state of the battery is felt. 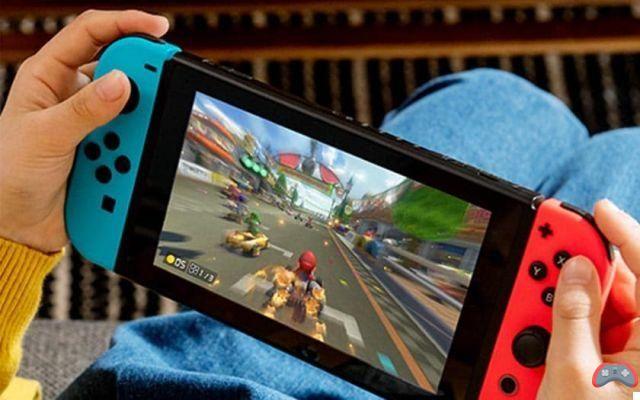 Avoid overheating your Nintendo Switch to preserve the battery. It is for example not recommended to play a resource-intensive title on the console while it is recharging. Like any electronic device, the Big N hybrid is heat sensitive. In case of high temperature, do not leave it exposed to the sun. Don't forget that either in front of a stove or radiator during winter. At last, humidity is not a friend and should be avoided.

Also don't forget to go dust-hunting at the ventilations so that it does not interfere in the bowels of the device. Dust will not directly damage the battery, but may damage other components. And if these do not work properly, this can cause the console to overheat, which would damage the battery.

An external battery to blow the main

The problem of external battery is that it adds weight to the console, which may therefore be less pleasant to use in handheld mode. But there are high-end models that manage to combine strong capacity, compact design et relative lightness.

On its official website, Nintendo states that "as charging cycles, the battery life gradually decreases". This is the case for all lithium-ion type batteries. If you are using an external battery, you therefore boost the autonomy of the console, but also the life of its battery, since it is less used and therefore requires fewer charging cycles. 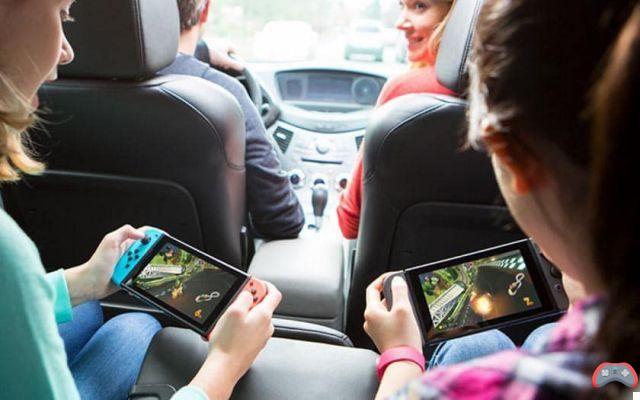 As we saw above, the main cause of battery health degradation is simply charging. And to avoid recharging the Switch too often (without stopping playing it or imposing too many constraints), it is possible tooptimize some settings in order to regulate its energy consumption.

As on smartphones and laptops, it is often the screen which one of the most greedy elements in the matter. When possible, we therefore suggest that you lower the brightness of it. When you are in a dark environment, for example, which requires little backlighting from the console's LCD panel.


If you don't need connectivity, then switching to airplane mode can also help. Network search is also an energy-intensive feature. Joy-Con vibrations can help enhance immersion in the game, but the engines that enable this also draw on the Switch's power reserve. You can deactivate them if you do not consider them essential.

In the long run, all of these little touches can help eat into a bit of time and extend your battery life. But if you bought your Switch in March 2017, as soon as it was released, it's likely that even if you're careful or play very little in handheld mode, your battery will at some point show serious signs of failing.

In this case, you will either have to count only with an external battery, or replace your battery. Nintendo, which applies a policy quite similar to that of Apple in this regard, strongly advises do not change the battery yourself or go through a third-party service to do this. Instead, you are advised to contact Nintendo Consumer Service to make the substitution. You will have to send your console to the manufacturer for this, as in the context of a repair.

To pay less, you can also ignore Nintendo's recommendations and buy a battery to replace it yourself. You can help you with tutorials available on YouTube. You can also go through a specialized third-party company if you are not confident in your abilities. Be careful, take into account the fact that this voids the warranty if it is still active.

add a comment of Nintendo Switch: how to optimize battery life?