Re-install Flash in Firefox and Chrome 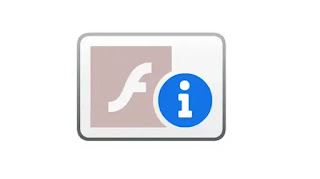 Adobe Flash has been, for many years, one of the most used technologies on websites for viewing multimedia content on the internet, but due to the enormous security problems it brings with it on PCs all over the world, it is increasingly in disuse. , replaced by technologies such as HTML5, which are safer and more efficient. However, many sites still use the Flash Player plugin to show streaming videos and games, so Adobe had to plan a slower full withdrawal of its plugin, which ended in 2022.
Even after January 2022, browsers will continue to require Adobe Flash Player to view some websites. and while Chrome and Microsoft Edge have Flash built in, Firefox users need to install Flash Player.

Flash is no longer integrated in Chrome, Edge, Safari and also in Firefox. The only browser that can still support flash remains Opera (therefore if you visit Flash sites it is better to open them with Opera)

In this guide we see how to reinstall Flash Player on Firefox and activate it on Chrome and how unblock Flash content if Chrome or Firefox don't load it.

ALSO READ: How to activate Flash on Chrome

Since Flash no longer exists and can no longer be downloaded in its official version from the Adobe website, it is necessary, as explained in the guide for download Flash Player on PC and Mac, install a plugin called Ruffle, a project created specifically to replace Flash. Once installed, the guide for activating Flash games and animated content on the internet is pretty much the same (except that the Flash name will be replaced by Ruffle.

In case the Flash contents are not yet viewable with Firefox, you have to unlock the plugin.
Open the Firefox settings by pressing the button at the top right and go to the add-ons section.
On the left side, click on the Plugin button and notice the appearance of the element Shockwave Flash, with two buttons on the right. One is the one of the options, the other is the one to activate Flash and you can choose whether activate it always or of ask before activating which is the recommended option. The last option disables Flash Player and it's like not having it installed at all.
At this point all the flash contents are unlocked and visible on each site.

In Chrome we said that Flash Player is a plugin built into the browser, so there is no need to install it.
In Chrome, however, by default the flash contents are viewable only on request and must be activated clicking where they should appear. In theory, as in the Adobe Flash test page, when a content to be activated is available, the image of a puzzle piece appears at the top right of the address bar to click on. In the Chrome settings, you can then activate Flash with the Ask first option.
At that point, reload the site and then press on the box where the content should appear to allow you to run Flash.
It is no longer possible to automate the activation of Flash content with Chrome

The confusion could arise when, on a site with Flash content open with Chrome, the puzzle icon does not appear, but a button with the words "Download Flash" or "Download Flash Player", which however is already present on Chrome. Clicking the download button therefore does not go to download anything, but simply activates the content.
In this regard, it is important to be careful, both with Chrome and Firefox, never to click to download additional bogus plugins that could easily carry viruses.

add a comment of Re-install Flash in Firefox and Chrome