Windows 10 Fall Creator Update, what to expect from the update 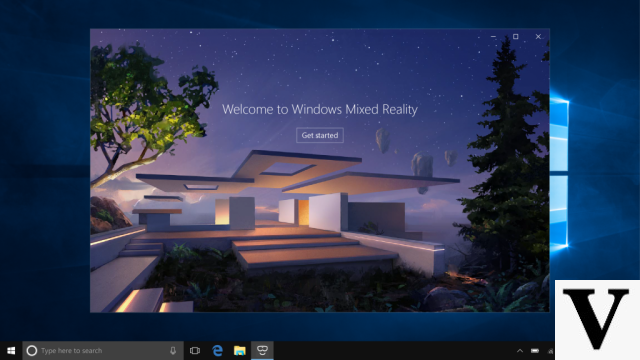 Microsoft promised it a few weeks ago: Windows 10 receive two big updates every year. And it seems to want to keep its promises. After releasing Creators Update in April, the Redmond company presented during Microsoft BUILD 2017, an event dedicated to developers, Fall Creators Update, the new update that will be released during the fall.

An almost surprise announcement, but one that industry experts were eagerly awaiting. The biggest news of the Fall Creator Update will be Project NEON, the project carried out by Microsoft to change the graphical interface of Windows 10 and which will project the operating system towards a completely different future. The first changes within the Windows 10 programs have already been released in the last few days in the Insider version of the operating system. Another very interesting news that will come with the update will be the program Windows Story Remix which will allow you to create funny videos to share online.

Microsoft Fluent Design System is the name that the Redmond company has given to the new project to change the user interface. A total aesthetic change that will bring the Windows 10 mobile UI to be user-friendly. The new project will bring rules that all developers will have to follow to make the programs. They range from the Light that will have to illuminate the cursor when passing over a folder or window, to the Depth and to the Movement, up to the Materials (to bring the characteristics of the objects of the physical world into the graphics) and to the "Scale "which will have to project the operating system into the world of mixed reality.

Another big news of the update Fall Creators Update sarà Windows Story Remix, a program to create funny videos and to edit them with animated filters. Very similar to Apple Clips, the software can be used to make videos to upload directly to social networks or to share on WhatsApp. Windows Story Remix is ​​Microsoft's answer to Snapchat, Facebook and Instagram Stories. In addition, the program will allow you to also add 3D elements for use with augmented reality.

The other new features of the Windows 10 Fall Creators Update

The operating system update will also bring other minor innovations, but which will still improve the usability of Windows 10. Let's start with the updates brought to Windows Ink: on touch laptops and 2-in-1 hybrid tablets it will be possible to search on Bing using the pen directly

Timelineinstead, it will allow users to revert to a previous state even if a save has been made to the file. Another novelty will be Cloud Clipboard, a feature that allows users to copy text from one device and paste it to another device.

When Microsoft launched the new operating system Windows 10 S, among the experts in the sector many had asked themselves questions about the possible success of the operation. The doubts were related to the fact that users can only install programs from the Windows Store, which currently does not have a great variety of apps. During the Microsoft BUILD 2017, the Redmond company wanted to emphasize that many new programs will arrive soon, starting from Spotify and iTunes. But also Autodesk, Sas and some Linux distributions such as Fedora. A real change in Microsoft's strategy that until a few years ago had closed its doors to its "enemies".

Windows 10 Fall Creator Update, what to expect from the update

add a comment of Windows 10 Fall Creator Update, what to expect from the update