Windows 10: How to Install and Use Ubuntu's Bash Console

Windows 10 Anniversary Update brings Ubuntu bash console installation with just a few clicks. This console allows you to control your computer via commands written in an interpreted programming language, bash. And thus enjoy the advantages of the Linux ecosystem without double boot partition or virtualization! 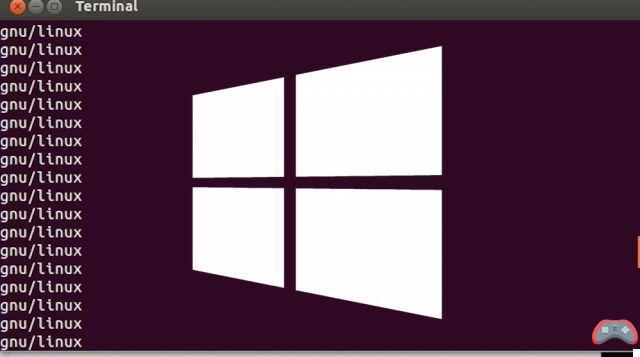 How to install Ubuntu bash console on Windows 10

To get started, you must of course have a Windows 10 license and have applied the anniversary update (Anniversary Update) released at the beginning of the month. First, we will then activate the Developer mode :

Once Developer Mode is enabled, you must also enable the Windows Subsystem for Linux (Beta). For that :

Windows will then ask you to restart your machine. And then will ask you to choose a Linux username. On your return, open the Start menu: and voila, you now have the Bash Ubuntu application!

For starters, if you've never used a Linux shell, there are at least a few things you need to know. For example, on Linux, no backslash () to separate folders when typing their path as in cmd. But a more accessible slash (/) on many keyboards.

To access the root of the disk we do not type c: but cd / mnt / c. The command dir to list the files contained in a folder becomes ls. Ah and one of the most common fake friends is probably ipconfig to find out your network settings which becomes ifconfig (a very detailed tool by the way).

The bash language you type into the console is interpreted. This means that your orders are immediately executed. It is possible to chain the commands to each other with the vertical bar character (|) or pipe (pronounced paype). The result of a command is passed to the next, which allows to have an output that we control.

For example, here is the output of my ifconfig my house : 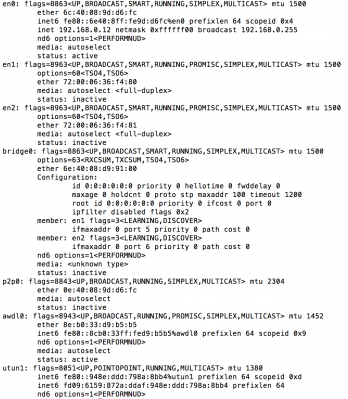 It's a bit of a mess! But you could easily sort all that out by pipetting the result of ifconfig into grep. Also, if i just want the rows containing en1 for example, just type ifconfig | grip en1, and you will have:

The backslash allows you to return to the line without executing the command, for example to type a small script. There are a lot of possibilities, and obviously it's a programming language, so it requires learning. But there are many resources on the internet to help you!

Oh last thing, don't forget to regularly update your subsystem yourself with the command sudo apt-get update. However, you will also find some limitations compared to a 100% unix equivalent. It is indeed more of a “developer toolset” (toolbox for developers) than a complete system. It cannot be used, for example, as a server.

The other big limitation is that you can't run bash scripts from the Power Shell, or PowerShell scripts or a Windows command from the Ubuntu bsh shell. Which means that you can't use this new shell to automate tasks under Windows. This would require a more comprehensive system. Go, to your keyboards and have fun!

add a comment of Windows 10: How to Install and Use Ubuntu's Bash Console