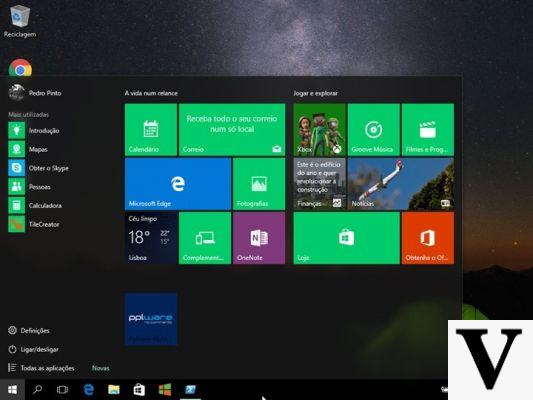 Microsoft doesn't seem to be in a hurry: recent Start menu problems, caused by an update of the Windows 10 operating system, they will only be resolved at the end of October. With another update. The question of Windows 10 errors, which sprout like mushrooms after the rain now almost every update, is becoming a kind of soap opera.

In fact, not a month goes by that a new Windows 10 update, perhaps released to solve a previous problem, does not cause another problem. The problema al menu Start, for example, it comes from an update that was supposed to solve a printer problem. Among other things, it should also be noted that sometimes Microsoft seems to ignore the problems brought about by updates: in fact, they are not always included in the "Known Issues" of the updates. fuel the discontent of users and their confidence in Microsoft's operating system updates. And this could become a serious problem: inside many updates, in fact, recently discovered security holes are also patched and, if users stop installing updates regularly, viruses and malware will soon have an easy life.

Why the Start menu doesn't work

With the update of Windows 10 last September 23, some users have started complaining about problems with the printer: the print spooler seems to no longer work and all the documents sent to the printer seem to disappear into thin air. Microsoft, to solve this problem, has released another update: the KB4517389. With this update, printer problems appear to be resolved, but al Start menu that does not open due to an unspecified "Critical Error". At this point users try to solve by uninstalling the latest update, but only those who had not had previous problems with the printer can do so.


Microsoft: We will fix the Start menu in late October

Users start to get impatient and flock to the Microsoft Answers site, to ask for explanations and, above all, when Microsoft fixes the problems with the Start menu. Saturday comes a response from a Microsoft employee, who states: "We are aware of the problem and we expect to solve it with an update that will be released at the end of October". Given the date, it is conceivable that the patch for the Start menu is inserted in one of the usual minor optional updates that Microsoft releases every month. According to many users, however, Microsoft should have found a solution much faster.

add a comment of Windows 10 Start Menu Not Working: What Microsoft Says