Windows 10: the hidden problem behind the latest update 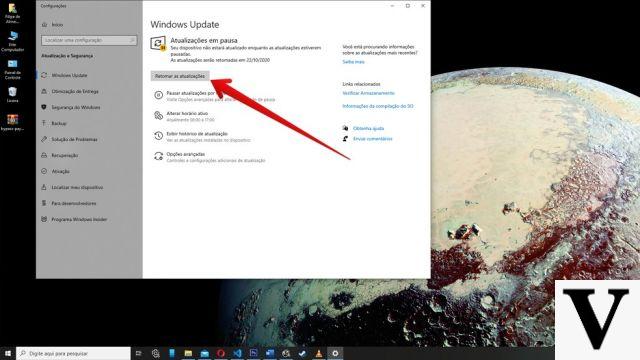 New Windows 10 update, new problems: as we are now abundantly used, even on the occasion of the latest Windows update, several problems were reported. In this case also quite serious, because after the update many users complain about the appearance of numerous, inexplicable, "BSODs".

That is "Blue Screen of Death“, The affectionate name that has been given for several years now to the blue screens that Microsoft's operating system shows us when it crashes. The problematic update this time is KB4532695 which was released on January 28 to fix issues in File Explorer in turn brought on by the previous update. As usual, among other things, despite numerous reports, Microsoft declares that "There are no known problems with this update". How to behave, then? It depends on a case by case basis, because this error is very variable.

The less serious problem brought by the update KB4532695, but which is already a symptom that something is wrong, is a severe slowdown in starting the operating system. Then there are the BSODs, which no one can connect with a precise conflict: it is assumed, at the moment, that something in the latest update does not get along with audio drivers so much so that, another problem, some users claim they no longer hear the audio coming from the speakers.

Other users report problems with display on an external monitor connected to a notebook. In severe cases, fortunately few, after the update users cannot even start the computer because the power button suddenly seems to be dead.

Unfortunately, as already mentioned, Microsoft has not yet admitted that the KB4532695 update could create big problems for those who install it. Consequentially it also did not provide information on how to resolve these problems. For this reason, the first advice to follow is to be cautious: do not install this update. If you have already installed it, and you encounter at least one of the problems mentioned, it is probably better to uninstall the update: it is not worthwhile to find yourself with a PC blocked for an update that solves minor problems in File Explorer and little else.


remove the update you have to type "View update history" in the Windows 10 search box, then click on "Uninstall updates" and search for the KB4532695. Once you have found the update, just right click on it and choose "Uninstall".

Windows 10: the hidden problem behind the latest update

Audio Video Windows 10: the hidden problem behind the latest update
Windows 10 revolutionizes one of the most loved features: which one it is ❯

add a comment of Windows 10: the hidden problem behind the latest update