Windows 10, the May Update 2020 creates big problems for the PC 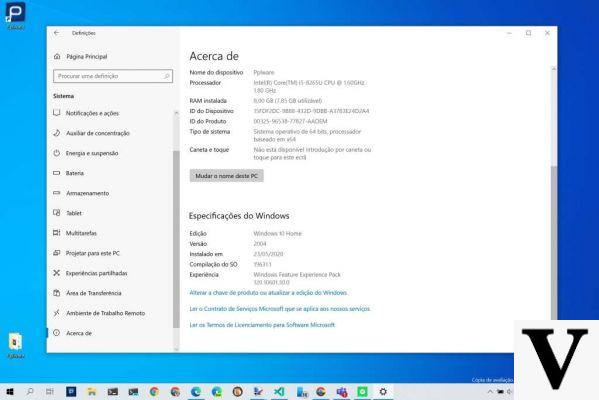 New reports of serious problems, in this case very serious, ai PC after update to Windows 10 May Update 2020. Microsoft confirms the problems and admits: we don't have a fix, just a "workaround". That is a temporary solution pending finding the definitive one.

Fortunately, this time, the problem caused by the May Update affects only a small percentage of computers: those on which a software RAID disk management through the Parity Storage Space service (but Microsoft specifies that the problem does not occur on computers with the Simple Storage Spaces or Mirror Storage Spaces services activated. Parity Storage Space, called in the cittàn versions of Windows "Direct Storage Spaces" is a service that it is used to create a RAID system via software, ie "Redundant Array of Independent Disks": different disks are managed together by spreading data on them, in order to increase read and write performance and / or increase data security by copying more times the same data on multiple disks.

The problem arose on computers with the Parity Storage Space at enabled after the installation of the May Update is serious: some of the disks are seen as "Raw", that is, partitions that are raw and ready for formatting. It is impossible to write data to these disks and, at times, it is impossible to even read them. Microsoft also specifies that uninstall the May Update it is useless because the problem persists and that the user should avoid using the classic “chkdsk” command on corrupted disks to try to recover the data: if he does, in fact, he is sure that the data will be lost.

Microsoft admits that it does not have a permanent solution to this problem and that the best thing to do, while waiting to find it, is to "secure" the disks by setting them to read-only mode. To do this, you need to search and start Windows PowerShell from the Start menu and run it as administrator. From the PowerShell terminal the user will then have to run this command:

At this point all the disks in the array managed by Parity Storage Space will be put in "read only" mode and the user will be able to read the data present, but not write others. If, on the other hand, the problem is less serious and the disks are not seen as Raw, then the user can try to recover the data and restore everything to original operation using the new WinFR command (Windows File Recovery) released by Microsoft a few weeks ago, in late June.

Windows 10, the May Update 2020 creates big problems for the PC

Audio Video Windows 10, the May Update 2020 creates big problems for the PC
Windows 10, many problems with the latest update: what to do ❯

add a comment of Windows 10, the May Update 2020 creates big problems for the PC