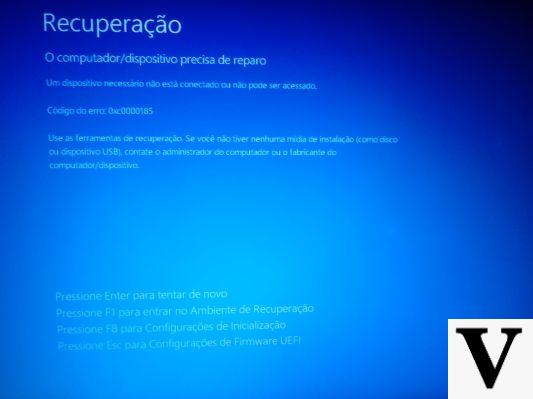 If the infamous Windows 10 October Update of Fall 2018 will go down in history for the sheer amount of problems it caused users, including even the loss of personal data, next May Update (ex April Update: Microsoft needs more time and will release it at the end of May) does not seem to be born under a lucky star either. In addition to the fact that it will “steal” a lot of GB of hard disk space, the next one Microsoft Windows 10 update it will have a feature bordering on the comprehensible: it will not be possible to update the PC if external disks or USB sticks or SD memory cards are connected to it.

If all this may already seem absurd, the motivation seems even stranger: on a PC with external memories connected in USB or inserted in the SD slot there could be a reassignment of the letters of the external drives. In practice: if before the update to the May Update our external USB disk is identified, for example, with the letter "G:" while after the update the same disk could become "H:". Even more serious, as he explains Microsoft itself in a document of its online support: "Reassigning drive letters is not limited to removable disks. Internal disks may also be affected."

Consequently, Microsoft has blocked the update for PCs with these configurations and has prepared an error message which, too, is anything but understandable: “This PC cannot be upgraded to Windows 10. Your PC has hardware which is not ready for this version of Windows 10. No action is required. Windows Update will offer this version of Windows automatically as soon as the problem is resolved “. Translated: Windows Update will update the system by itself, but only when you unplug the external drive. What if you leave it connected? Then the updates will be blocked and you, if you haven't read this article, you won't even know why.


In the same online support document, Microsoft also proposes a "workaround", that is a trick to solve this problem: unplug the external USB hard drive (or remove the SD memory card) and launch the update again. The question, at this point, arises: why is this suggestion not given to the user directly in the error message?

add a comment of Windows 10, updates blocked with USB connected to PC