Windows 10: with the new version the screen goes to the maximum 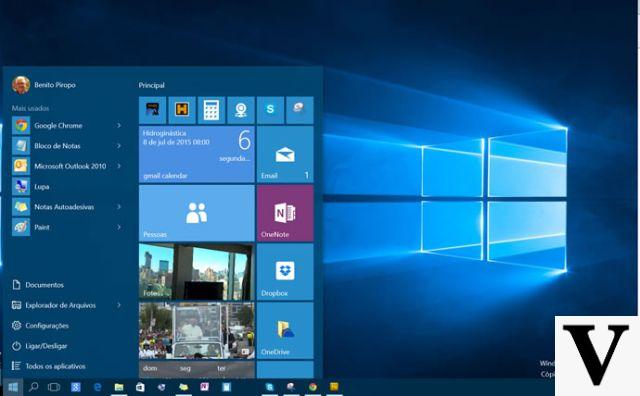 La refresh rate of a screen is important to obtain the maximum fluidity of moving images. In the latest version Insider Preview Builds di Windows 10, Microsoft's operating system introduces a new feature: the ability to set the desired refresh rate.

In the smartphone sector, the refresh rate becomes a factor to be taken into consideration for the performance of the top of the range. In the case of computers, monitors can easily reach refresh rates between 120 Hz and 144 Hz, but only with the right software is it possible to take full advantage of this technical feature to obtain images with a smoother movement. Now Windows 10 introduces in an Insider Preview Builds version, that is, in the preview of the version that will be released, the possibility to choose the desired frequency. Good news to improve the user experience, which seems designed specifically for gamers.

La refresh rate, also known as refresh rate, is a value that indicates how many times per second the image is refreshed on the screen and the unit of measurement is Hertz or Hz. Older CRT monitors had a default value of this. frequency set at 60 Hz, ie the image was updated 60 times per second and this was the maximum value achievable with that technology.

The new monitor LED instead they can reach much higher refresh rates, thus obtaining sharper images and movements perceived as smoother by the user. To date, PC monitors have refresh rates that go as high as 120Hz or 144Hz, especially those used by gamers. In order to make the most of this feature, however, the PC must have a scheda video adatta, as well as an ad hoc setting of the operating system in use.

In the version Insider Preview Builds 20236 di Windows 10, developers introduce the ability for users to vary in the menu Settings la refresh rate monitor in use. Users can then decide to use a higher frequency, improving the user experience but also increasing energy consumption, or to save in terms of energy in exchange for a less fluid interface. A function that seems to be designed specifically for gamers, who benefit from greater fluidity of the images during the gaming experience.


The version of Windows 10 at the moment it is just a preview, so it should be remembered that in the definitive one that will be released by Microsoft the new function for the screen could disappear, even if it is unlikely. In addition, in order to take full advantage of the function, the monitor and other hardware components, such as the video card, must be compatible with the set frequency to achieve the desired result.

Windows 10: with the new version the screen goes to the maximum

Audio Video Windows 10: with the new version the screen goes to the maximum
How and why to set a graphical password in Windows 10 ❯

add a comment of Windows 10: with the new version the screen goes to the maximum