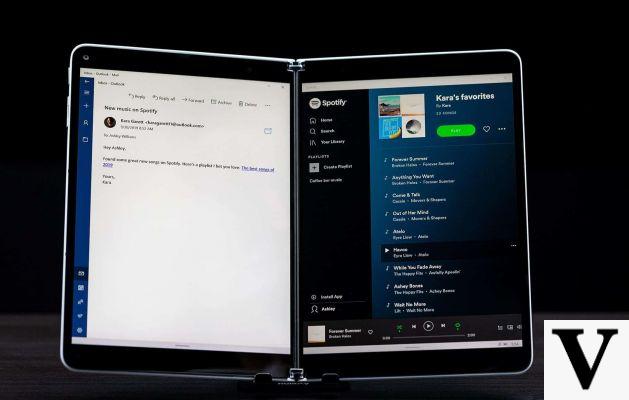 Windows 10X, the new operating system that Microsoft is developing specifically for dual screen and foldable devices, will have a update system completely different from that (to say the least problematic) of the older brother Windows 10 for PC. This was announced by Microsoft itself, during 365 Developer Day.

The operating system for foldable, in fact, will be designed very differently from normal Windows 10: will be technically separate from the rest of the normal OS components, including drivers and apps. Also, Win32 programs will run in containers, which means they shouldn't be able to make changes to system files. And this indirectly reduces the impact such programs could have on Windows updates. Updates that will be downloaded from the network and then "parked" on a partition of the device waiting for the reboot. When the user reboots the system, then, Windows 10X it will only move the necessary information to the new partition and activate it. According to Microsoft, the whole process will take a maximum of 90 seconds.

At the base of this new upgrade concept, there are the technical peculiarities that distinguish Windows 10X from Windows 10. The new operating system, in fact, is based on the project Windows Core OS which is already almost four years old. Windows Core OS is Microsoft's attempt to develop a lightweight, modular operating system, with a fixed code base and other parts that are added and executed (and thus also updated) based on the device the OS is running on. For this reason Microsoft says that updates will be much faster: they will simply be more targeted, you will not have to download and reinstall a large piece of the operating system with each update, but only the files actually changed (as long as they are actually used on our device).

Many are wondering, after hearing from Microsoft itself about this new way of installing the upgrades, if it could also work on Windows 10 standard. Maybe in the long term yes, but in the short term for sure not: Windows 10X, in fact, it is profoundly different from Windows 10 and works in a way that is not comparable. For a long time, therefore, we must expect that Windows 10 updates remain long, complex and potentially capable of "breaking something else" exactly as it happens today.

add a comment of Windows 10X, updates will install in seconds