Mars: we now know how to produce oxygen there!

Mars could be the next host planet for humans, but how do you produce enough oxygen there to live there? This question has plagued scientists for ages. Portuguese and Spanish researchers now claim to have found the solution. This involves the decomposition of carbon dioxide using cold plasma technology. 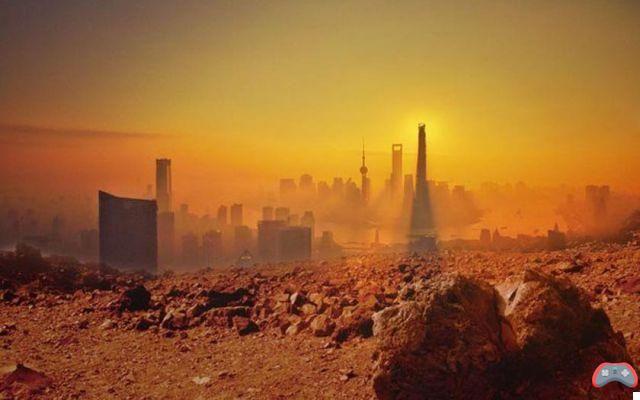 Much effort is already being made to establish a human colony on Mars. But one of the biggest obstacles that could jeopardize this project is that related to the supply of oxygen over time. And that necessarily involves on-site production. The most advanced approach proposed to date comes from the Massachusetts Institute of Technology (MIT). Its solution is based on solid oxygen electrolysis cells (SOEC). Researchers are now talking about another much more effective possibility.

Mars: how to produce oxygen there in a sustainable way?

Mars provides "almost ideal conditions" for creating oxygen from carbon dioxide. This is confirmed by a team of researchers from the universities of Lisbon and Porto, but also from the École Polytechnique (Paris). The proposed method is based on the use of cold plasma technology in a CO2 decomposition process. This would allow carbon dioxide to be broken down into carbon monoxide (CO) and oxygen (O2).

The conditions on Mars lend themselves to this, especially since its atmosphere is made up of 96% carbon dioxide. The researchers also claim that the low atmospheric pressure on the Red Planet would allow plasmas to be created without the vacuum pumps and compressors needed on Earth, although "the best source of plasma for use on a Mars mission" remains to be determined.

Moreover, the temperature of around -60°C on the red planet is sufficient to allow the plasma to more easily break the chemical bond that keeps carbon and oxygen tightly bound. For now, the researchers are only at the proof-of-concept stage, having successfully completed the experimental process in the laboratory. According to them, this system would require only 150 to 200 watts of energy for 4 hours each day to produce 8 to 16 kilograms of oxygen.

They explain that the crew members of the International Space Station consume, for example, 2 to 5 kilograms of oxygen per day. We can allow ourselves to believe in the functioning of this new method, even if all this remains purely theoretical. Finally, remember that the United States now wants the first manned mission to Mars for 2025.

Details of their study can be found in the journal Plasma Sources Science and Technology.

If the past five years have been more than busy for China, the horizon of 2030 should be just as much. Indeed, the country's space ambitions seem even more important... A Chinese aerospace company, Space Transportation, unveils its ambitions for the years to come. The company plans to launch half-rocket half-plane devices, which will allow it to offer flights...NASA is testing its VIPER rover before sending it to the Moon in 2023. The polar rover is put to the test in real conditions since it will have to measure and analyze… The James Webb Space Telescope, the most powerful orbiting telescope ever built, has reached its final destination. The device should soon begin scanning deep space… Thirty days after its…

Audio Video Mars: we now know how to produce oxygen there!
Best free Android games: our top to download! ❯

add a comment of Mars: we now know how to produce oxygen there!