You should quit WhatsApp, but for reasons other than data security 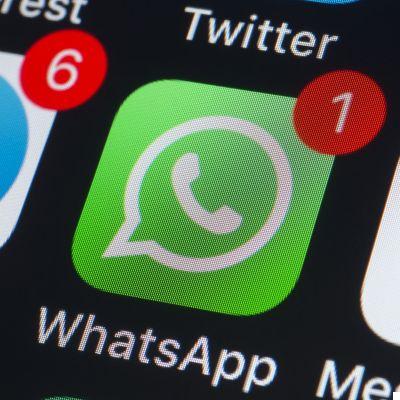 EDITO // The new conditions of use of WhatsApp to accept to continue to use the service are just one more line on the book of grievances against Facebook. There are other reasons to do without his services. Explanations.


“By the way, I'm going to delete WhatsApp, so we should create a Signal group”, balances me a lawyer friend, specialist in new technologies, on a group which is used to organize parties of video games. Another friend, curious, but less focused on the question of personal data, replies: “What for? Are you afraid that we know that you launch your console during work?” Several issues emerge around the WhatsApp question: that of data confidentiality, that of the security of exchanges, and that of pure ethics, perhaps the most important. If the new conditions of use of WhatsApp will not shake up the lives of users, they mark a definitive break with what WhatsApp was originally.


On Wednesday January 6, 2021, WhatsApp therefore began to make its users accept new general conditions of use (CGU). An important update of its rules insofar as it concerns the personal data of users and the fate that may be reserved for them. Changes which were initially to come into force on February 8, a date which the general uproar has already had the skin since the new deadline is now set for May 15.

But outside of our giant bubbles of outrage that are Twitter and Facebook, are citizens brandishing torches and pitchforks in the streets of Palo Alto? Notifications were chained on Signal to let me know of the arrival of new users. While I find fairly similar profiles there — almost all of them work in new technologies, from near or far — my colleague Corentin reports more eclectic profiles. On the networks, the most vehement against WhatsApp seem to be specialists in new technologies and security. As for those I have seen defending the company, they are often… employees of the group, or they work with it.

And in the middle of this brouhaha, there is a silent majority who don't care. She may even have already validated the new T & Cs, without even reading them, too used to clicking on “I accept” to avoid painful minutes of reading gibberish for lawyers who are still waiting for their Champollion to be made digestible. But it should be remembered that this is not the first scandal linked to WhatsApp's TOS. In 2016, under new rules, user data was already shared with Facebook, unless users objected within thirty days. What had been worth to WhatsApp to be put in residence by the Cnil in 2017.

Data sharing: WhatsApp data may well be used by Facebook in Spain

Facebook is accelerating the reconciliation of its various services and will soon be able to use data from WhatsApp. A change that...

WhatsApp, a broken promise of independence

This first pass of arms around the conditions of use was already a harbinger of future problems. Acquired by Facebook in 2014 for around 19 billion euros, WhatsApp remained behind the Instagram and Facebook group and entities for a while. Moreover, one of the conditions for the acquisition of Facebook was not to touch the independence of WhatsApp.


A broken promise – the other name for a lie – and the European Commission had also imposed a fine of 110 million euros on Facebook for having provided “inaccurate or distorted information”. The shadow of profitability has been hovering over the messaging service, and we are now talking about the need to share some metadata with Facebook (telephone number, transaction data, IP addresses, etc.). Officially, WhatsApp explains that this is to improve its WhatsApp Business services and allow the development of its business partners on the platform. We can imagine in the future a discussion with the after-sales service of a brand for the management of a breakdown on a product, for example.

The use of this metadata for advertising targeting would be possible, but not in Europe, the General Data Protection Regulation (GDPR) prohibiting it. Except that WhatsApp does not want to forbid itself and writes on its site: "If, in the future, we decide to share such data with Facebook entities for this purpose, we will first enter into an agreement with the commissioner Irish Data Protection Authority to establish a mechanism which allows such use."

Trade security is not quite the issue

To counter the indignation, WhatsApp and the Facebook group once again used their opaque communication: vague explanations, evasive answers, accusations of misinformation towards their opponents. It was therefore no longer even a question of justifying the exchange of data between entities, but of explaining to the user that his exchanges remained ultra-secure. A pirouette which makes it possible to evacuate negative information to replace it with positive information. The group also explains how much it puts privacy at the heart of its concerns, yet does not hesitate to pay headlines in India – its pilot country in terms of business on WhatsApp – to broadcast “reassuring” messages. .

WhatsApp ad claims that the respect for our privacy is coded in their DNA. What they don't tell you is that their DNA keeps mutating from one country to another, and Indian one has a harmful mutation. pic.twitter.com/efZJakAnWq

Will WhatsApp check your conversations? No. Are they secure? Yes. WhatsApp is a mainstream platform that offers end-to-end encryption by default on all messages. It is also based on the same protocol as the Signal application, but the latter collects less metadata. We can also mention Olvid, a Spanish messaging system which shines by the absence of a server on which digital identities pass, and thus displays a higher level of security. In fact, everyone should have this in mind when choosing their messaging service, but it is clear that WhatsApp is practical, complete, and easy to understand.

Of course, the service is not immune to flaws. WhatsApp's weakness is its user base, which makes it more vulnerable to attacks than anyone else. In May 2019, WhatsApp announced that a critical security flaw could have been exploited by spyware called Pegasus. The phone of Jeff Bezos, boss of Amazon, was compromised, as were those of 36 journalists from the Al Jazeera television channel. The Moroccan authorities also reportedly used it against journalist Omar Radi. But here too, the average user is not the target of such attacks. And besides, in 2019, Signal was also entitled to its security breach.

Question timing, WhatsApp could have done better. On January 6, the intrusion of pro-Trump activists into the Capitol in Washington triggered a global outcry. Twitter and Facebook reacted by banning Donald Trump from social networks and purging many accounts and groups of white supremacists or QAnon movement conspirators. On the one hand Facebook is accused of censorship, on the other of laxity after 4 years of immunity for an account including 33 million subscribers and thousands of more or less violent groups.

In the press, it is also reported that the advertising department of the company displayed a few days before advertisements aimed at the purchase of accessories for firearms from those who called for an insurrection. The group has since removed the ads, but what figures (engagement rate, advertising revenue, etc.) have the social network always achieved on the back of online hate?


Before this recent news, many other events have undermined the reputation of the group. How not to think of the Cambridge Analytica case, exposed in 2018, where a Facebook loophole allowed a company to file 87 million Americans, and to sell the Trump campaign team the promise of an election , partly thanks to the exploitation of these data of undecided voters? And Mark Zuckerberg to accumulate excuses in front of politicians and in long messages on Facebook.

WhatsApp is not immune to the spread of online violence, and has been slow to respond. At the end of 2020, the service finally decided to restrict the transfer of viral texts and images to a single recipient per shipment. A paying strategy since it has greatly reduced the scope of viral content, but does it not come too late?

The recent release of documents tends to prove that the Cambridge Analytica scandal is far from isolated. The manipulation of opinion...

The most expendable element of the group

Will this umpteenth outcry against an entity of the Facebook group sign the loss of WhatsApp? It's unlikely. Following the media frenzy, daily WhatsApp downloads have certainly melted like snow in the sun, while those of Signal and Telegram have soared. But let's bet that the loss of a few tens of millions of users will be made up for in the space of a few months and a slightly larger budget allocated to communication around the application.

It nevertheless risks reviving the subject of the dismantling of Facebook, threatened after the filing of complaints, on Wednesday, December 9, by the Federal Trade Commission (FTC) and a coalition of 48 states. A procedure which calls on the courts to force Facebook to separate from Instagram and WhatsApp for impeding competition.

The market for secure messaging applications is rich, and the competition is doing as well or even better than WhatsApp. It is certainly the application of the group which is the easiest to get rid of, because there are really credible alternative offers. Don't we say it's best not to put all your eggs in one basket? It now remains to find valid alternative offers to Instagram and Facebook. But wouldn't the simplest solution be to delete them permanently?

With the arrival of new terms of use at WhatsApp, the market for secure messaging applications is opening up. Besides Tel...

Audio Video You should quit WhatsApp, but for reasons other than data security
Are you more photo realistic or Instagram photo? – Poll of the week ❯

add a comment of You should quit WhatsApp, but for reasons other than data security