Windows 10: what's new in security with the May update 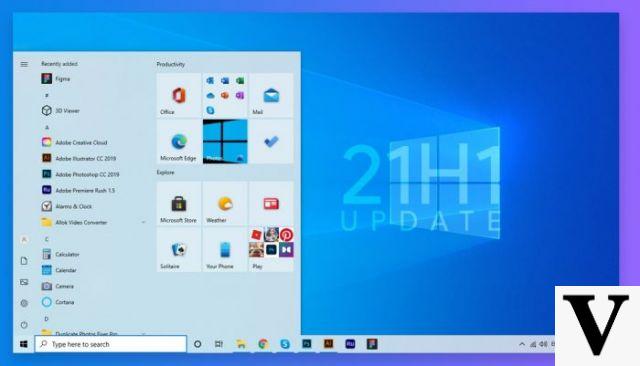 May 27 began release of Windows 10 May Update, also known as Windows 10 20H1 or 2004, ie Microsoft's first six-monthly operating system update for 2020. Some users have already received, downloaded and installed it, others will do so in the coming weeks.

There are many new features and many of them have to do with the security of the operating system itself and user data. As often happens with security issues, these are new features that are not very easy to understand (and even to notice) for the common user: on the one hand the enhancement of the Sandbox, on the other that of "System Guard Secure Lauch", the management of security keys and the expansion of compatibility with Microsoft Secured-Core PC technology. The latter, in reality, will affect one tiny fraction of Windows 10 users but it must be included in a long-term path that is extremely important to ensure the security of computers in view of the boom in the Internet of Things (IoT). Here's what changes for the Windows 10 PC security, even if users don't see it.

Let's start with the Sandbox, which is not an absolute novelty: it was introduced with the 1903 update, the first half-yearly update of last year. The Sandbox is a virtual machine to safely run one reduced version and Windows 10 and testing unknown and potentially dangerous apps. With the update of May 2020 this component of Windows 10 has been improved and strengthened, with the introduction of new configuration files that give the possibility to use shared folders, GPU virtualization and much more inside. System Guard Secure LaunchInstead, it is a useful feature to check the integrity of the firmware of PC devices, thus ensuring that they have not been infected with a virus. With the May Update, the control becomes more thorough and rigorous. With Windows 10 2004Then comes the support of “hybrid” FIDO2 security hardware keys, based on Azure Active Directory (Azure AD).

Windows 10 20H1 brings the compatibility of the tecnologia Secured-core even on AMD's Ryzen Pro 4000 processors. This technology is essentially an evolution of the already described System Guard Secure Launch: the integrity of the firmware is checked, using a cryptographic key, but only after checking the key inserted directly into the CPU (factory). The two technologies therefore work in tandem: Using the new hardware capabilities of AMD, Intel and Qualcomm processors, Windows 10 implements System Guard Secure Launch as a requirement to protect the boot process from firmware attacks.

System Guard, after making sure that the CPU is not infected thanks to Secured-core, allows the system to access the firmware of the various devices to start the hardware, immediately afterwards, the operating system. In an Internet of Things perspective, where more and more firmware-equipped devices are networked, all of which adds a large layer of security.

Windows 10: what's new in security with the May update

Audio Video Windows 10: what's new in security with the May update
How to read Android notifications on Windows, Mac and Linux ❯

add a comment of Windows 10: what's new in security with the May update