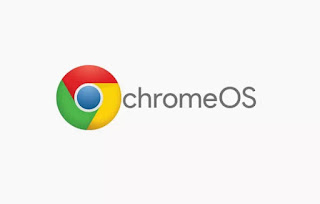 If we are curious and want to try Chrome OS live without having to buy a Chromebook, in this article we will show you how to install Chrome OS on USB stick with a procedure within everyone's reach and which does not affect the installation of Windows on the computer in which we are going to insert the key created.

How to install Chrome OS on USB stick


According to what we read on the official website, Chrome OS is a open source system very light and fast, designed to run on all notebooks or mini portable PCs. The operating system was designed to launch, view and browse the web in seconds with a minimal user interface, using the apps provided for Google Chrome as programs (which can be started in a window like normal programs and also work offline). To try the operating system, just follow the instructions in the chapters of the guide, so as to have your own personal key with Chrome OS.


In order to try Google OS without installing anything on the computer disk (which therefore is not affected in the least during the tests) we must get us a USB stick of at least 16 GB, making sure to erase all data on it (since it will be formatted). 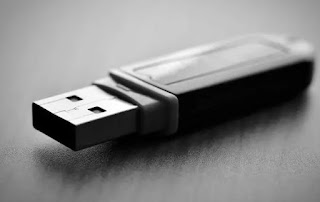 If we do not have a stick to be used for the purpose, we can buy 5 16 GB USB sticks on Amazon for less than € 20.
The requirements for running Chrome OS are really minimal, to the point that even an old notebook or desktop PC should be able to run the USB stick once it's ready: for Chrome OS it's enough a computer with a multi-core CPU, 4GB of RAM, SSD disk and Internet connection.


Once you have the key, let's go to a Windows PC with Internet access and download CloudReady, tool (it belongs to Google itself so it is an updated and official version of CHromeOS) for the creation of Chrome OS keys available from the official website. 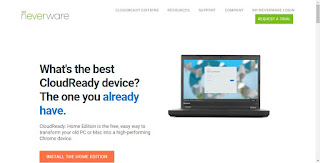 Once the site is open, press the button Install the Home Edition, we then press on Download USB Maker then we wait for the download to finish and start the downloaded tool. We insert the USB key that we have chosen or purchased for the purpose, press the button Next on the tool screen, make sure that the USB key is selected as the peripheral on which to install the Chrome OS system and press again on Next.

The tool will download the necessary files from the Internet and prepare the USB key, formatting it in the right format and installing all the elements on it to start Chrome OS in persistent mode: at the end of the installation we will in fact have a Live USB key that we can start on any PC equipped with a USB port and able to remember the changes and any files downloaded (slightly different from classic Live CDs where every modification is lost every time we reset or remove the key).
ALSO READ: How to install Chrome OS on USB stick


How to start the USB stick


As soon as the USB stick with Chrome OS is ready, remove it from the PC we used to create it, insert it into the notebook or computer to test the operating system and, when the system starts, we repeatedly press on F8 or on the specific key to change the boot order; if we have difficulty we can also read our guide How to change the boot order of the computer. Once in the boot screen, select the USB key that contains Chrome OS and wait for the system to start, which will appear after a few minutes with a welcome screen. 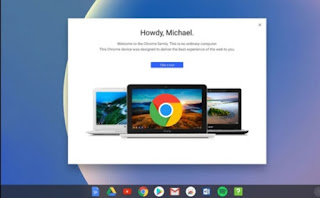 At the first start we press the English button to change the language and set that of the country, making sure to also change the keyboard layout. After this initial configuration we press on OK and subsequently on Let's start! for the second part of configuring Chrome OS.

In the screens that will be shown, we indicate the Wi-Fi network to connect to, we accept the terms of use of Cloudready by ticking where necessary and clicking on the button Continue. The last part of the configuration requires access with a Google account, required to use Chrome OS: we can use the credentials used for Gmail, YouTube or an Android phone for this purpose, since in any case we will be dealing with a Google account. Once logged in, we will immediately have the first impact with Chrome OS, which actually looks like a version of Google Chrome with an additional taskbar at the bottom, a system tray at the bottom right and an application menu at the bottom right (Start menu style).


After trying Chrome OS in all its aspects, we can always decide to install it on the laptop in use, using the installation menu that CloudReady offers on each USB stick, so as to have an experience similar to the Chromebook in your hands without having to buy laptops. specific. Obviously the operation is not 100% guaranteed and the bugs are numerous, since Chrome OS is optimized to work well only on Chromebooks (which remain the best choice to really experience Chrome OS without glitches and bugs).

To learn more we can also read our guides How is the Chromebook and why it can replace any computer e Chromebook tricks and guide to work online and offline.