What is Windows 10X, the operating system of the future 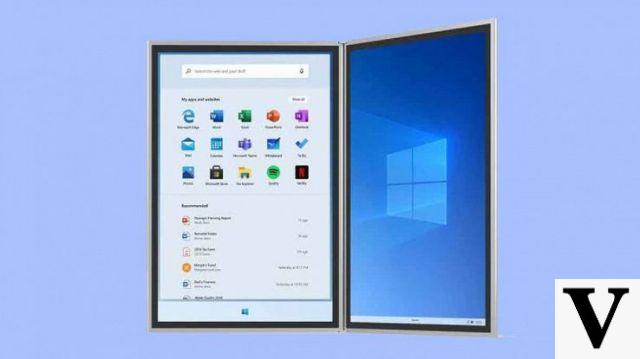 Not just computers and dual screen devices. During the New York event on 2 October, Microsoft also removed the veils from a new version of its operating system, designed specifically for devices with dual screens such as the Surface Neo and the Surface Duo (even if the latter, for the moment, mounts a customized version of Android 9).

It is Windows 10X, a "lightened and optimized" version of the operating platform used by almost a billion computers around the world. An attempt in this direction had already been made a couple of years ago, when Microsoft presented (without much luck) Windows 10S. In this case, however, the Redmond house hopes (and believes) that the result will be completely the opposite. In fact, in its plans, Windows 10X is the operating system of the future, modular and capable of adapting to different platforms without too many problems. In short, yet another attempt to take Windows outside the "PC fence".

What is Windows 10X

Windows 10X, as it was presented in the New York event, is a rather versatile operating platform. It will initially be mounted (and somewhat tested) on the Surface Neo, the dual screen tablet that is expected to launch in more than a year, but the goal is to "extend its tentacles" in the most varied areas: from consoles to ultraportable, up to new generation devices such as the dual screens just presented. And, of course, smartphones too.

According to what was declared by the leaders of the Redmond house during the event on 2 October last, Windows 10X is developed from Windows Core OS, a version of the operating system composed only of the fundamental elements, on which then add "optional" modules depending on the device on which it will be installed. In this way, all the devices of the Microsoft ecosystem will be able to use the same interface, the same kernel and the applications themselves, thus offering a "unified" user experience.


In particular, Windows 10X is designed to be used with dual-screen devices, allowing the user to manage multiple windows on two different screens or to make the use of an application on two screens more fluid and intuitive. For example, during the presentation it was shown how an attachment downloaded from Outlook in the "main" window is opened in the secondary one, so as not to change the screen you were originally working on.

This, however, is only one of the many possible ways of using this new operating system that, starting from winter 2020, we will see on board the Surface Neo (perhaps also the Surface Duo) and dozens of other similar devices made by manufacturers more varied.

What is Windows 10X, the operating system of the future

Audio Video What is Windows 10X, the operating system of the future
Windows 10, problems with Disk Cleanup: what happens ❯

add a comment of What is Windows 10X, the operating system of the future